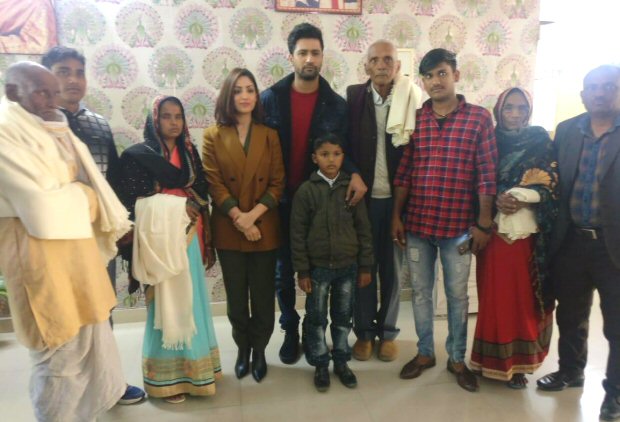 The two actors, who spent a considerable amount of time with the kin of the martyred soldiers, were visibly emotional post the meeting. Vicky said, “This was the first time in my life that I got to meet the family members of the Bravehearts, who laid down their lives in the line of duty. I didn’t know what to say to them; all I could do was just hold their hands and bow my head in gratitude and respect. A child from one of the families, who had lost his elder brother in the Uri attack, when asked what he wants to become when he grows up replied, ‘Fauji’. I salute the spirit of not just our armed forces but also of their brave families.”

The film Uri showcases the operation initiated by the Indian Army in retaliation to the terrorist attack in Uri, during which 19 Indian soldiers were killed. Produced by RSVP movies and directed by Aditya Dhar, the film has Vicky Kaushal, Yami Gautam and Paresh Rawal in pivotal roles. It is set to release on 11th January 2019.

Also Read: Koffee With Karan 6: When Vicky Kaushal had to be ROMANTICALLY involved with Karan Johar, and why Ayushmann Khurrana never watched KWK

Vicky Kaushal on celebrating his 32nd…