Last Updated 08.02.2023 | 9:52 PM IST
feedback language
follow us on
Bollywood Hungama » News » Bollywood Features News » Vicky Kaushal wishing his mother on her birthday is relatable to every son ever; watch

Vicky Kaushal recently celebrated his first Diwali post marriage with wife Katrina Kaif. He appreciated her recent release PhoneBhoot. The actor, who has been working on Sam Bahadur, took to Instagram to share the sweetest birthday wish for his mother like a lovely son. Followed by his wish, many of his friends from the industry too dropped their birthday wishes on social media. 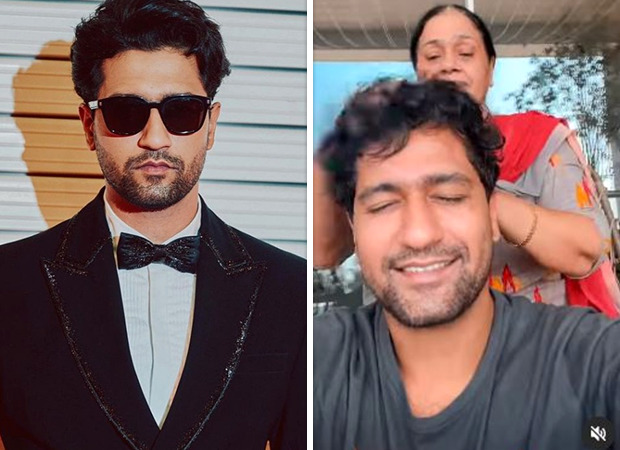 Vicky Kaushal wishing his mother on her birthday is relatable to every son ever; watch

Vicky Kaushal took to Instagram to share a video of his mother giving him a hair-oil massage and captioned it saying, “Happy Birthday Maa. Aapki maar aur maalish dono mein sukoon hai! Love you.” Followed by this post, his wife Katrina Kaif dropped a heart emoji. His friends from the industry, like, Farah Khan Kunder, Riteish Deshmukh, among others also dropped their birthday wishes for Mrs. Kaushal. Along with that, Abhishek Bachchan, Ali Fazal, and Malavika Mohanan also posted their comments.

Talking about films, Vicky Kaushal will next be seen in Sam Bahadur alongside Fatima Sana Shaikh and Sanya Malhotra. Based on real events, the film is a biopic on Field Marshall Sam Manekshaw. On the other hand, Sunny Kaushal is gearing up for the release of Mili starring Janhvi Kapoor as the leading lady. The film is a survival drama and is a remake of the Malayalam movie Helen. Directed by Mathukutty Xavier, the film will release on November 4.