Actor Vicky Kaushal, who is getting a lot of appreciation for his recently released film, Sardar Udham, shared a behind the scenes picture on Tuesday. Taking to his Instagram handle, the actor posted a picture of his prosthetic wounds, acknowledging makeup artist Peter Gorshenin. 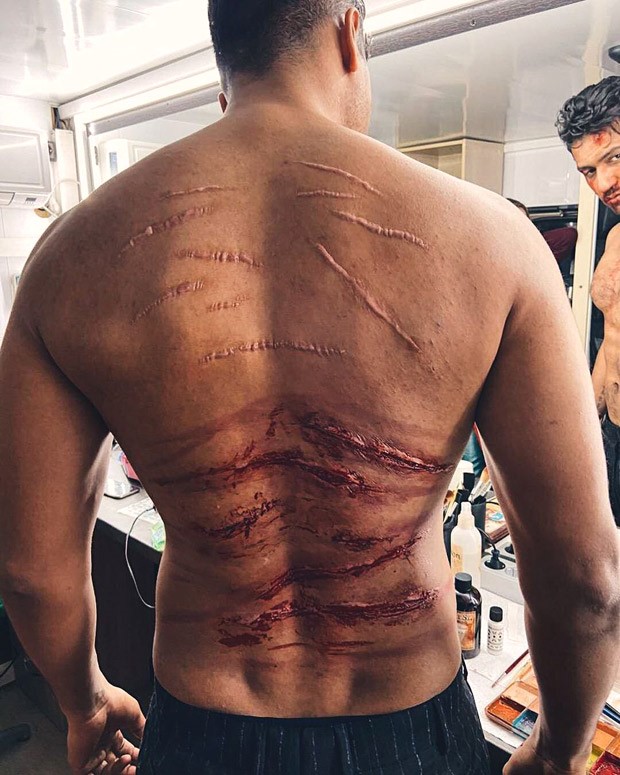 For the unversed, not all the scars were fake, some of them were real as well. In an interview with a tabloid, Vicky said that he got 13 stitches on his face due to an injury and the scar one will see in the film is real.

Sardar Udham released on Amazon Prime and the makers had organised multiple screenings of the film ahead of it's release. Vicky Kaushal and Shoojit Sircar were in attendance. Quite a few people from the film fraternity were also a part of the screening as Boney Kapoor, Angad Bedi, Sara Ali Khan and Amrita Singh were in attendance among many others. Late actor Irrfan Khan's wife, Sutapa Sikdar and son Babil were also present at the screening.

The film is based on the story of Sardar Udham Singh, a gallant and patriotic man who fought selflessly and courageously against the British subjugation of India. The film focuses on the undeterred mission of Sardar Udham to avenge the lives of his beloved brethren who were brutally killed in the Jallianwala Bagh Massacre of 1919.