Veteran actress Ashvini Bhave who is shell shocked post-Irrfan's sudden demise reminisces her collaboration with Irrfan. Very few know that Ashvini has worked with Irrfan in a film Purush released in 1994 which was directed by Rajan Kothari. 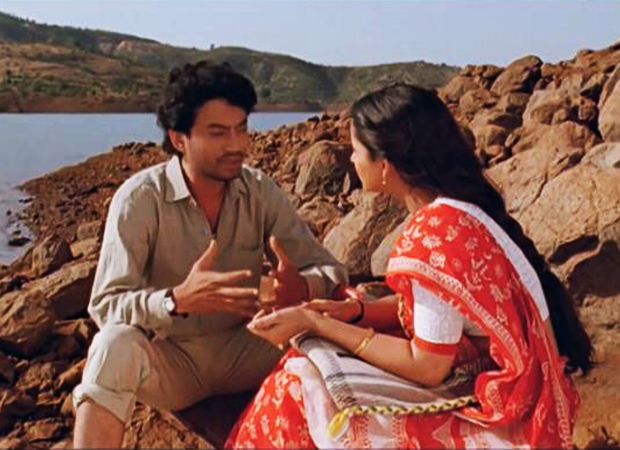 Purush was based on a Marathi play titled Purush by Jaywant Dalvi. The cast comprised of  Om Puri, Irrfan Khan, Chandrakant Gokhale, and many other Marathi actors. It was early in Irrfan’s career, probably one of his first few films.

"We had shot the film in Wai. Irrfan played my Boyfriend... I have a very vivid memory of a scene we shot. A  boat sequence in a water dam near Wai. I still recollect Irrfan to be a reserved person then.  A couple of years ago, we happened to board the same aircraft. This was before he was detected with cancer. I was coming back from a shoot in India and he was travelling to Los Angeles for the screening of his Hollywood film 'Life of Pi'.  He was very excited about the film."

Ashvini added, "I am deeply saddened by his sudden demise. Irrfan was one of the finest actors in the Indian film industry. I have seen almost all of his films including his International projects too. He was an incredible actor and Human."

Heartbreaking to know that Actor #IrrfanKhan is no more! Today we have lost one of the finest Indian Actor!!
In 1994 we worked together in #Purush
May your soul rest in peace. My prayers and deepest condolences to the family. ???????? pic.twitter.com/ceZuu6Hh9H

ALSO READ: “That you should be able to choose the life you want to live”- Irrfan Khan on success