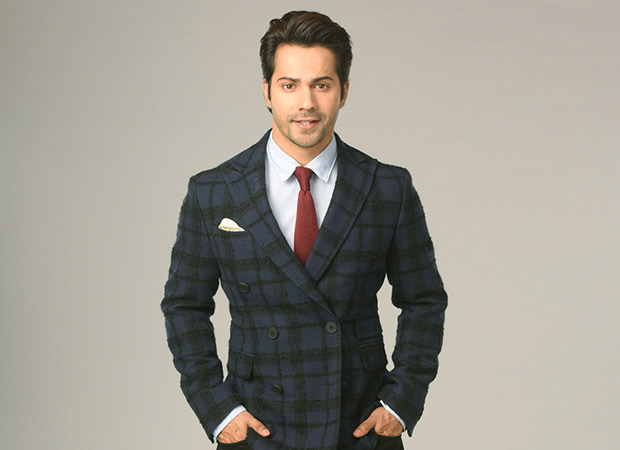 It’s official. The Varun Dhawan comic caper Judwaa 2, directed by his father David Dhawan, which took a great opening, has sustained very well at the box office. The first day was great and it took the advantage of the four day weekend to record healthy numbers. This was the ninth film of Varun and surprisingly, all his films have managed to be a commercial success. This is an outstanding phenomenon and a never-before-heard one. Also, its great news for the industry, which is particularly star-driven, and which hasn’t seen a superstar emerge since Hrithik Roshan debuted in the year 2000. In between, Ranbir Kapoor showed promise but sadly, after the humongous Yeh Jawaani Hai Deewani, he went downhill with back to back flops like Besharam, Roy, Bombay Velvet, Tamasha and Jagga Jasoos.

Most of the trade experts agree that Varun Dhawan is at a different level now. Leading distributor Rajesh Thadani says, “The kind of collections that Judwaa 2 is generating and the kind of craze that he has had on the audiences, it is very obvious that he is the next superstar. Also, he’s very good at comedy and that was a quality that was missing in today’s actors.”

Trade analyst Amod Mehra says, “He is 100% the next superstar of the young generation.” He also pointed out that he is a superstar for the right reasons. He opined, “Everybody has the potential. But he has chosen the correct films. He has great acting capability and suits all kinds of roles. And because of that, he is the next superstar and not because he’s the andhon mein kaana raja. In certain smaller centres, Judwaa 2 did three times the business of Jab Harry Met Sejal and double of Tubelight.”

Taran Adarsh emphasizes, “You are known by your last film and you are known by the box office number that you generate. In this regard, Varun Dhawan has an enviable track record. He is way ahead of his contemporaries. To collect Rs. 77.25 crore is phenomenal and at par with earnings of the films of the biggest of actors. He has delivered and that too consistently. Even his earlier film Badrinath Ki Dulhania did Rs. 100 crore plus business. People from mass circuits to multiplexes have embraced him very nicely.”

Other trade experts too agree that he successfully caters to all kind of audiences. Girish Johar, film trade and business analyst, says, “From Day 1, he was a star in the making and now he is coming on his own. The kind of films that he is doing is what the audiences are watching and the opening and success of Judwaa 2 clearly says that. Many were of the opinion that audiences want to watch only sensible films. But with Judwaa 2, Davidji and Varun have showed that if a well-mounted commercial film is offered, people will still lap it up. At the end of the day, people want to get entertained, whether it’s sensible cinema or commercial fare.” Harveen Singh, distributor from Rajasthan, states, “Till now, Varun Dhawan has been very consistent. He has been choosing the right films, he’s definitely talented as he can act and dance so well. He’s an all-rounder. I am confident that he can attain the topmost position among the younger lot.”

On the same lines, Trade analyst Atul Mohan adds, “All the films that Varun Dhawan has done have been successful. He is playing his cards very wisely. Today, he can do 5-6 films at a time. But he is not over exposing himself and also, he’s doing the correct kind of commercial films. Also, his father is a highly successful commercial filmmaker. Being his son has definitely helped in understanding what needs to be done.”

Trade expert Komal Nahta however is the only one who has a different opinion on the superstar but agrees that Varun Dhawan’s track record is impeccable. He says, “It’s too early to call him a superstar but he’s definitely the best among the newcomers. Every film of his has crossed the average mark, which is a big thing. Also, he has done different kind of films – from Badlapur to Main Tera Hero to Student Of The Year to the Dulhania films. And in Judwaa 2, he has shown a gamut of emotions. In comedy, he is of course so good but even in emotional scenes, he shines. In action scenes, he has done so well.”

Whether or not he’s the superstar, one thing is for sure – Varun Dhawan has brought the ‘acche din’ that trade and industry were desperately waiting for and they are happy to know that finally, there’s an actor who is guaranteed to pull audiences to theatres. Girish Johar sums it up by saying, “As stakeholders of the film fraternity, we want films to do well and if Varun Dhawan is bearing the torch right now, we love that as we want audiences to come to cinemas and watch films.”