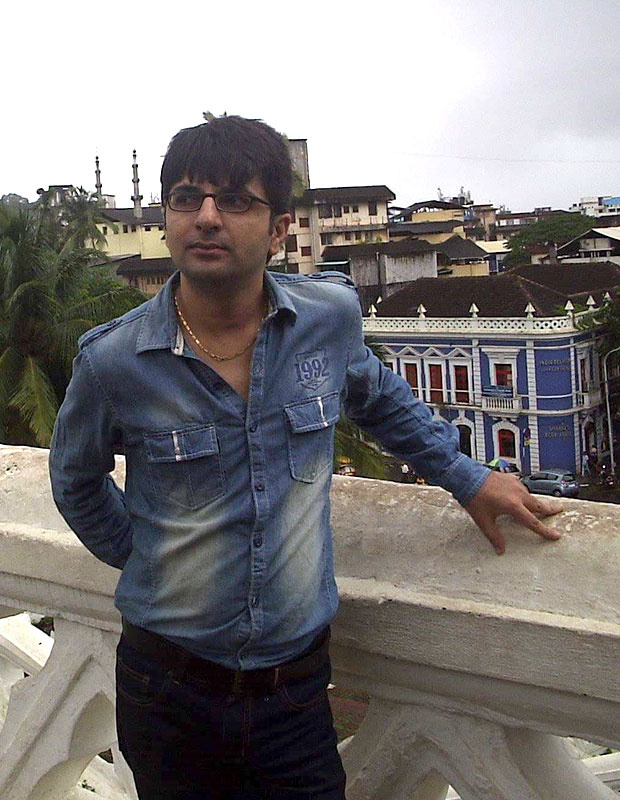 With several newbies entering Bollywood and bringing all kinds of talent to the film industry, Vishal Mishra is one such filmmaker who is ready to take chances. Vishal Mishra, who made his debut with Coffee with D, is all set to leave a mark with a romantic comedy tilted Hum Dono Honge Kamyab.

The film stars Delhi Belly fame Kunal Roy Kapur and Love Games debutante Tara Alisha Berry. The film set in Kanpur and the director Vishal is all set to show the new side of North India through the film.  We got in touch with Vishal Mishra to talk about his journey and how he is planning to entertain the audience with his new film.

How did you get into direction? Could you brief us about that and the movie?

I did my post graduation in Fashion marketing. After that, I did a couple of short films. I just finished my first film Coffee with D which stars Sunil Grover, Zakir Hussain and Pankaj Tripathi. It is kind of a controversial film which is why I haven't spoken much about it. It will be coming in a month or so.

Hum Dono Honge Kamyab is my second film which stars Kunal Roy Kapur, Tara Alisha Berry and Rajesh Sharma in lead. The film is based in Kanpur. I am from Kanpur. So, the film has three characters and the fourth dimension is Kanpur. It is about hustle-bustle, quirkiness, humour which small town people carry.

Is the movie a romantic comedy or drama?

You can say the film is a romantic comedy but it has hardly any romance. It has more comedy which starts after the lead couple's marriage. It deals with a very important social issue but in a very quirky way which is having a child after marriage. The kind of pressure the arrange marriages faces to have a kid. The whole film revolves around that issue.

How was the process of casting and how did you lock Kunal Roy Kapur and Tara Alisha Berry for the film?
The thought process was to cast two people who had not seen that part of North India. They don't have any kind of baggage. Both Kunal and Tara are from South Bombay. They haven't explored this part of the country. For them, North India means Delhi. They know Lucknow and a little bit of UP through Bollywood. This is why I decided to make it in Kanpur. Banaras has been explored in the movies in Ranjhana and some parts in Piku and Lucknow in films from Ishaqzaade to Daawat-e-Ishq. Now, also Bareilly Ki Barfi is being shot in some parts of UP. So, they have a very typical way to say the story like everyone speaks Urdu, watches Mujra and is a Nawab. But, nobody exactly knows the real culture of UP and especially Kapur which is the biggest city of UP.

As Kanpur has never been explored before in films, I wanted the actors to not have any kind of baggage and came with a clean slate. So, my team is from Kanpur as well. They can give everything on the plate for the actors which they can take it in and portray it. This was the whole thought process.

Did Kunal and Tara undergo any workshops to get the dialect correct?

Kunal is a great actor. He has this sense of humour in the films that make him quirky. As Tara is new and people don't know much about her, she came with a clean slate. Tara is very hard working girl which can actually get on your nerves. They have already done a month of workshops for the movie. My team, Tara and I are already in Kanpur since a week. Kunal will join too and we will kick off the shoot in a week probably.

What are your expectations from Hum Dono Honge Kamyab?

I have a box office background. For me, it is utmost important to make a film which entertaining. Our objective is to make a film which is very entertaining and not seen before in Indian cinema. Our story is simple with added quirkiness a sexual tone like how Delhi Belly was. It is the same kind of concept set in a small town as small town people have more humour and variety of stories to tell.

Was it difficult to get a producer on board for this film?

I had written this story when I was making Coffee with D. I had this two page idea and I wanted to make this story as my second film. As soon as I narrated this story to a couple of people, everybody kind off pounced saying that this film should be made. I know this Marathi producer, who has made two films before, who was like we have to make this film anyhow. As the concept of the film was interesting, it was easy to find the producer for it as it has that kind of journey and story to tell.

So, what next after Hum Dono Honge Kamyab? Any scripts you want to work on or any actors you want to work with in future?
In my first film Coffee with D and now this, I am working Rajesh Sharma who is one of the finest actors who has worked in some of the greatest films of this time like from MS Dhoni: The Untold Story to Azhar to Bajrangi Bhaijaan. I love to work this kind of actors.

As for the films, I have a cricket biopic coming with a big production house and casting is still on. It is a different kind of biopic. We usually see biopics on heroes or legends but this biopic is about a loser whose bat was used by Sachin Tendulkar to mark his first ever century. He is a very famous man from 80s in Mumbai but he never made it big international cricket career. Why did that happen is basically the story of the biopic. This is a story which is very close to my heart and I want to tell a story about it as many of them don't make it big. It is a very interesting script.