Bollywood actress Urvashi Rautela is standing in solidarity with the women of Iran amid the massive protests that have erupted following the death of 22-year-old Mahsa Amini. Amini was arrested on September 13 in Tehran for allegedly violating the dress code of Iran. Women around the world are standing in solidarity and cutting their hair to show support. In another case, a 19-year-old girl was allegedly killed near a resort in Uttarakhand. The accused are Pulkit Arya and two others and this murder has led to a huge uproar. 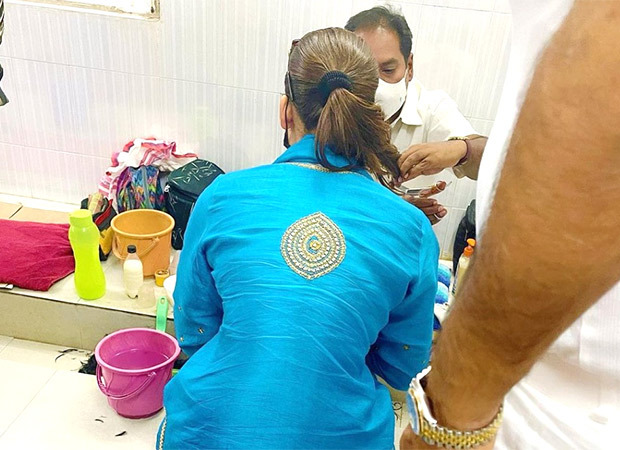 Now, Urvashi took to Instagram to share a video of herself getting her hair chopped and wrote, “CHOPPED MY HAIR OFF! cutting my hair in support of Iranian women and girls who have been killed in protests at the death of Mahsa Amini after her arrest by Iranian morality police and for all the girls. And for 19-year-old girl Ankita Bhandari from Uttarakhand. Around the world women are uniting in protest against the Iranian government by cutting their hair. Respect Women! A Global Symbol For Women’s Revolution. Hair is seen as a symbol of the beauty of women. By chopping off hair it in public, women are showing that they don’t care about society’s beauty standards and won’t let anything or anyone decide how they dress up, behave or live. Once women come together and consider one women’s issue as an issue of the entire womankind, feminism will see a new vigour."

Apart from this, Urvashi Rautela remains in headlines often for her alleged feud with cricketer Rishabh Pant. The actress has been appearing at several cricket games and is often trolled for her alleged link-up with Pant though the latter denies it.

Meanwhile, on the work front, Urvashi Rautela has appeared in films like Sanam Re, Great Grand Masti, Hate Story 4 and Pagalpanti.

ALSO READ: Urvashi Rautela is being called out for allegedly plagiarising her TEDx talk