Actor Akshay Kumar has a bunch of interesting projects in the pipeline for the coming year. Adding one more to the list, on Tuesday, the actor announced that he has started shooting for Vedat Marathe Veer Daudle Saat. Hours after the announcement, he unveiled the first look of his character Shree Chatrapati Shivaji Maharaj. Produced by Vaseem Qureshi under his banner Qureshi Productions, it will be directed by Mahesh Manjrekar. 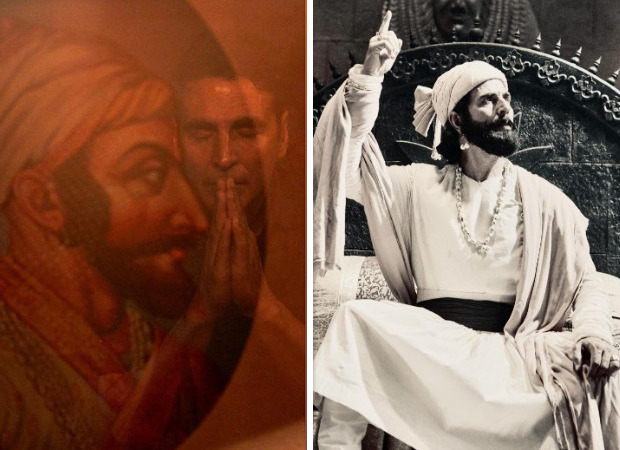 Akshay Kumar took to his social platform to share the first look video from his upcoming period drama Vedat Marathe Veer Daudle Saat. In the video, he can be seen taking a walk while sporting a resemblance to the Indian ruler. As soon as he shared the video, a section of fans started showering love on him while wishing him “all the best” for his Marathi debut

The actor’s Marathi debut has built an immense amount of anticipation amongst moviegoers and has increased the excitement level to a new high.  The movie is about the story of Seven valiant warriors who had the sole aim of bringing Shivaji Maharaj’s dream of Swarajya to reality, writing one of the most glorious pages of history is all set to release in cinemas in 2023.

Vedat Marathe Veer Daudle Saat is directed by Mahesh Manjrekar and produced by Vaseem Qureshi. The film is a Qureshi Production presentation and is all set to release in cinemas on Diwali 2023 in Marathi, Hindi, Tamil & Telugu.

Also Read: SCOOP: Akshay Kumar’s OMG Oh My God 2 deals with sex education; the actor confirms that it’ll release in April or May 2023