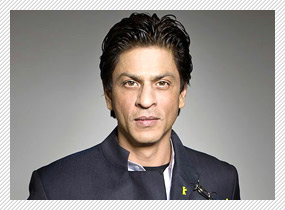 The recent interview of Shah Rukh Khan to Outlook magazine titled 'Being A Khan' have sparked an online fiasco. The actor has been trending on twitter since the excerpts of the interview were released in the media, with people venting out their ire on popular social networking medium twitter. We bring you some of the tweets:

â€@vaibhavmeh: I think Shah Rukh Khan feels Secure when He is stripped each time in US. The love and respect given by Indian people makes him insecure

â€@Restlessler: Indians have showered fame on Shah Rukh Khan, and yet he plays, Muslim victimhood card


â€@doctoratlarge: It'll be impossible to play poker with Shah Rukh Khan - he'll keep playing the victimhood card... Dear Shah Rukh Khan, have you considered that people who hate you don't do so because u're a Muslim, but because you're needlessly arrogant?

â€@balviramin: You remove your Narrowmindness.. Mr Khan, What is your relation with Hafis Sayid, that he has soft corner for you??

â€@Randomcynic: You forget how well the Pakistani society has protected the Hindus & Christians. We may have a small heart they have none.

â€@praveerprasad: King of Victimhood: Shah Rukh Khan bites the hand that fed him.

â€@Aditya_Jerry: Never Seen any Statement Like ur's from Dr. Kalam, we Indians given so much love 2 you n Now u r Returning favor by Foolish Statements

â€@Mdasmumbai: shame on you. sad that you chose ashruddin way to stay lime light. how could you even think in that way in india?

On the other hand, Shah Rukh's long time friend and colleague Mushtaq Shiekh tweeted, "Lets get certain things clear on SRK & the Outlook article issue. The article is dealing with being a Khan worldwide not in india alone....And the article clearly states that a handful of fundamentalists & hardliners are like playing with innocent lives....The whole country of India is most secular to have a minority religion superstar. Its actually an article against fundamentalist that are making life difficult for normal people! With displaying such ignorant outrage we are playing into the same hands"