Kangana Ranaut made her OTT debut with the ongoing reality show Lock Upp. This is also the first time the actress turned host for a reality show. The show is definitely making headlines with contestants locked up in jail-type setup. The show involves 16 controversial celebrities locked in jail for months without the amenities that people usually take for granted. 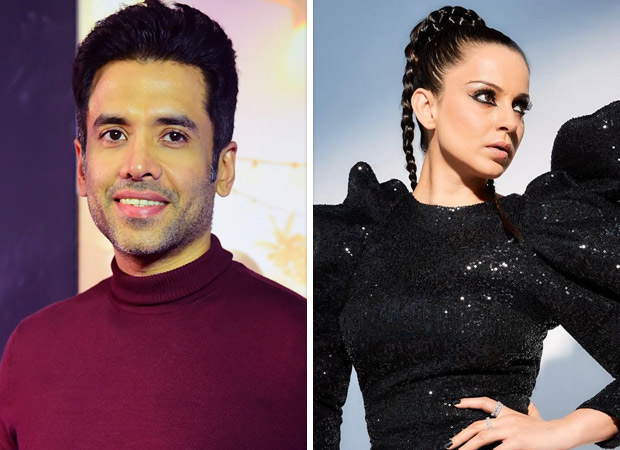 The show, which streams on ALT Balaji is backed by Ekta R Kapoor. Recently, while talking to the media, Tusshar Kapoor, actor, and brother of Ekta, praised Kangana’s hosting skills. Speaking in Hindi, he said, “ALT Balaji has launched a Brahmastra in the form of Kangana on the show. She is the perfect person to host the show. Her frank attitude and courageous nature and the confidence with which she tells people their truth or judges them that is very fair and very real. So kudos to her”.

Meanwhile, recently Kangana said that she is a superstar host unlike actors like Shah Rukh Khan, Priyanka Chopra, Ranveer Singh, and Akshay Kumar. “Many successful actors have tried their hands on hosting like SRK, Akshay Kumar, Priyanka Chopra, Ranveer Singh… they may have successful careers but they failed at hosting they are unsuccessful hosts, so far only Shri Amitabh Bachchan ji, Salman Khan ji, and Kangana Ranaut have achieved this glory to be a superstar host… privileged to be in this league,” she wrote.

“I wish I didn’t have to state the obvious but jealous movie mafia is doing everything to discredit me and my show so I had to do the needful and I don’t mind… if I can stand up for everyone else I can stand up for myself also… it is wonderful to be the only successful host of this generation #lockupp,” the Manikarnika actress added.

ALSO READ: Tusshar Kapoor reveals that before Fox Star Studios came on board for Laxmii, a lucrative deal with a corporate giant fell through; he says, “Yet, Akshay Kumar was still EXCITED about the film”