Considering that Total Dhamaal is nearing its release, the actress of the film, Madhuri Dixit is busy making guest appearances on reality shows. The actress recently spoke about her other upcoming film Kalank and also about her coming on board after Sridevi’s demise. And now, she recalled about her early days in Bollywood and about her first fan moment during the promotions at The Kapil Sharma Show. 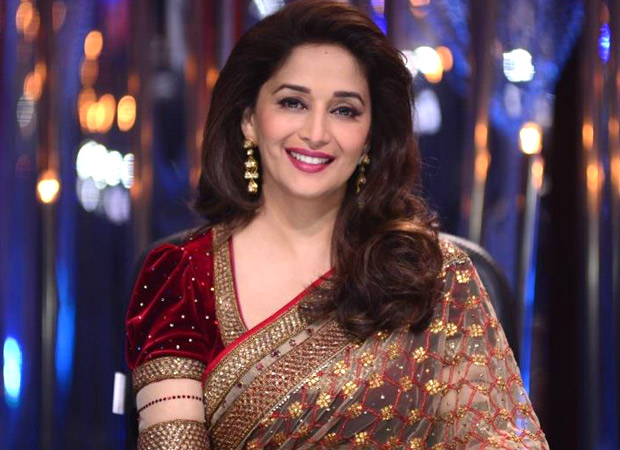 Madhuri Dixit, who rose to fame with many films, reminisced about the time she did Tezaab [1988] with her co-stars whilst promoting Total Dhamaal at the reality show hosted by comedian Kapil Sharma. Interestingly, both Total Dhamaal and Tezaab, features her alongside Anil Kapoor. The actress stated that even though she had made her debut much before, Tezaab changed the definition of stardom for her and this was one such example.

During the same time, the actress also revealed that she was doing another film where she was dancing with two others and she was asked to be behind. She confessed that, during that time, she was always asked to be behind because she hadn’t gained fame then. However, the success of Tezaab changed everything for her.

She mentioned that she was returning from the US after attending the wedding of her sister when she encountered a few kids who were standing near her car to clean it. When she proceeded towards the car, one of them spotted her and ran towards her for an autograph. The kids called out to her saying heroine and when she signed the autograph as ‘M’, one of them referred to her as Mohini, her screen name from Tezaab.

Madhuri Dixit, who has since then given many blockbusters, returned to Bollywood, after a few sabbaticals and has been doing quite hatke variety of films since then. As of now, she has ventured into production and also Marathi cinema and will be featuring in the Dhamaal series with Anil Kapoor, Ajay Devgn amongst others in Total Dhamaal. The film will be releasing, next week, on February 22.