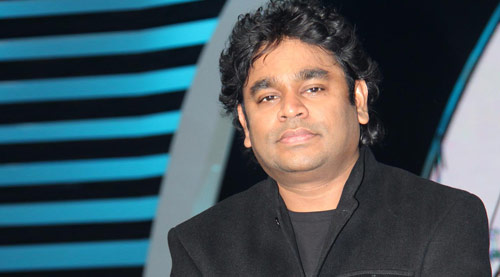 It is an uphill task to choose the best of A R Rahman, because...well, he is considered the best. Rahman re-defined the Hindi film song, breaking away from the age-old

traditional mukhda-antara-mukhda format, breaking the film song free of all conventions and rules. Here are the Hindi soundtracks that prove why Rahman rules while the nation drools.

1. Roja (1992): Strictly speaking, Rahman's first soundtrack was not a Hindi score. But the sound was so revolutionary it heralded a new era in the chequered history of Indian film

Rangeela saw Rahman racing up the raga road with a sprinter's celerity.

3. Dil Se (1997): My favourite of all the Ratnam-Rahman collaborations, the music of Dil Se pierces the soul. Gulzar's lyrics go a long way in making Udit Narayan's 'Main

Yahan Tukdo Mein Jeer Raha Hoon', one of the most enduring love ballads of the 1990s. The film also brought Rahman together with the Melody Express Lata Mangeshkar. 'Jiya Jale Jaan Jale'

is the kind of song PhD theses are written on. Dil Se also featured the chartbusting 'Chaiyyan Chaiyyan' which in comparison with the 2 songs mentioned earlier was purely

The result was electric. Songs like 'Taal Se Taal Mila' and 'Kahin Aag Lage Lag Jawe' will be hummed till kingdom come.

5. Saathiya (2000): The first year of the new millennium saw Rahman blossom into a formidable composing genius. The songs of Saathiya were straight-converts of the Tamil

original Alai Payuthe, but nonetheless powerhouse projections of a composer at the peak of his power. Sadhnana Sargam's 'Chupke Se' is so wrapped in a satiny melody it transports you

into a land of reverberant romance.

6. Pukar (2000): A historic score where Lata Mangeshkar not only sang the moving anthem song 'Ek Tu Hi Bharosa' she also appeared on screen to sing the number. 'Que Sera

Sera' with Prabhu Dheva and Madhuri Dixit dancing on screen was a trailblazer.

7. Lagaan (2000): Many believe this to be Rahman's most influential score to date. The period film throbs with the sound of era gone-bye, a glory reclaimed through the timeless sound

of 'Chale Chalo' and 'Mitwa'. The use choruses to embellish the orchestral opulence of the sound was just one of the many startling components of this epic soundtrack.

8. Rang De Basanti (2005): Suffused in the sounds of a nationalistic fervor the soundtrack pulsated with a patriotic passion. If on one hand there was Daler Mehdi giving his all to

the title song on the other hand Rahman got together with the indomitable Lata Mangeshkar to sing the heart-rending 'Lukka Chuppi', a mother-son song that moves you to tears every time.

9. Jodhaa Akbar (2008): A costume drama with the kind of nostalgia-laced sounds of music that recreates a long-lost era, brick by brick. The Rahman-rendered 'Khwaja Mere

10. Jab Tak Hai Jaan (2012): After working with the likes of Shiv-Hari for the music of his romantic sagas, at the end of his life and career Yash Chopra teamed up with Rahman. The

result as heard in the numbers 'Saans', 'Heer' and 'Challa' was magnificent stunning. What swan songs for Yash Chopra!