Last year, around this time, the production of major movies were halted due to the COVID-19 pandemic. Amid that was Tom Cruise starrer Mission: Impossible 7. The filming resumed later in 2020 with the protocols in place and from the set pictures, it seems like Cruise is once again ready to outdo himself with death-defying stunts. 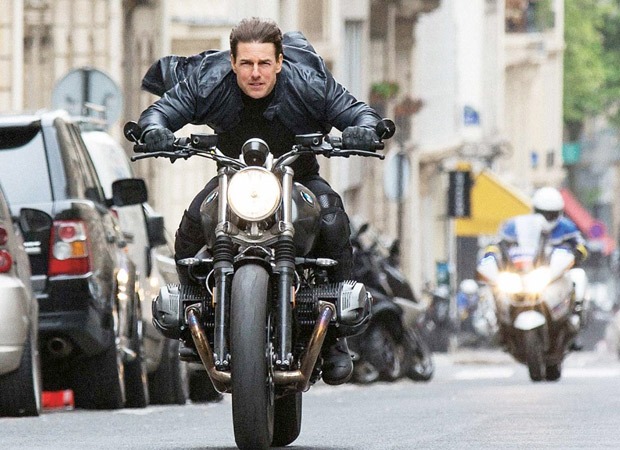 Speaking to Empire magazine recently, Tom was asked about the action-packed bike scene footage that had gone viral where he jumps off a cliff. The actor revealed how they filmed the sequence and how he had only six seconds to properly pull it off. "If the wind was too strong, it would blow me off the ramp," Cruise said. "The helicopter [filming the stunt] was a problem, because I didn't want to be hammering down that ramp at top speed and get hit by a stone. Or if I departed in a weird way, we didn't know what was going to happen with the bike. I had about six seconds once I departed the ramp to pull the chute and I don't want to get tangled in the bike. If I do, that's not going to end well."

Talking about shooting in the pandemic, he said, “It was seven days a week, it was around the clock, just dealing with a lot of high emotions with people, and helping them through it,” Cruise says. There was social distancing, there were masks, there were bubbles of crew members – one make-up artist for every two actors, plus heads of departments staying in hotel rooms on their own, driving to set, shooting the scene and then returning to the hotel until needed – and pods of five people, ready to quarantine if anyone within one contracted the virus.”