Hollywood action-star Tom Cruise has apparently landed a helicopter in the English countryside while performing and filming parachute jumps for his upcoming film, Mission: Impossible 7. Cruise will be reprising his role of IMF agent Ethan Hunt. 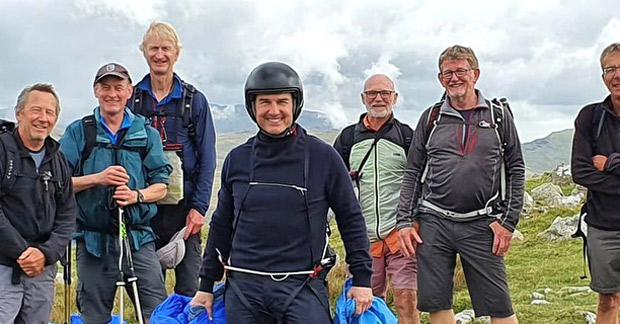 According to The Sun, the actor was seen performing parachute jumps in the UK's Lake District “when scrambling devices used to prevent drones interfering made the animals collapse in confusion.” He has been parachute jumping and has hiked a few times.

For those unversed, Cruise is a certified pilot with hours of flight experience and has also done many jumps. In Mission: Impossible – Fallout, in addition to piloting a helicopter in an invigorating chase, he also jumped from a plane.

Mission: Impossible 7 has hyped stunts where he drives a dirt bike off a cliff before free-falling and finally pulling his parachute, as well as another massive stunt involving a train. Every new film of the franchise showcases thrilling action sequences.

Mission: Impossible - Rogue Nation and Mission: Impossible - Fallout's writer and director, Christopher McQuarrie, is returning for the seventh and eighth installments in the long-running franchise. The film will also star Ving Rhames, Simon Pegg, Rebecca Ferguson, Vanessa Kirby, and newcomers Hayley Atwell and Pom Klementieff who will be reprising their respective role along with Henry Czerny will also reprise his role as former IMF Director Eugene Kittridge from the first film.

Mission: Impossible 7 and 8 were intended to be shot back-to-back, with summer 2021 and 2022 release dates, before production shutdowns, delays, and/or complications due to the spread of COVID-19. The films will now release on September 30, 2022, and July 7, 2023.