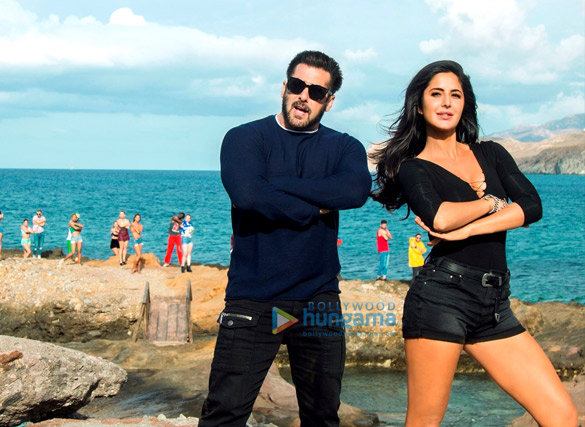 Shot in the small, picturesque island of Naxos, in Greece, this song features dancers from all over the world and is a big shout out to universal brotherhood. Director Ali Abbas Zafar said, “This song is about celebrating peace, love and brotherhood. It has Salman Khan, Katrina Kaif and dancers from all over the world. The fun bit here is that the entire town, which has a very small population, found out that a big Bollywood film was being shot in their home turf. Everyone would turn up to check out the shooting and catch us filming here. When we would play out the song during the shoot, the townsfolk would be dancing on their rooftops, balconies and alleyways. In a way, they were all dancing to our tunes.”

Picturesque, peaceful and relaxed, this Grecian island and the catchy song was the perfect setting for Salman Khan and Katrina Kaif to bond with these islanders. They would complete shooting and immediately hang out with the locals. Tiger Zinda Hai, the sequel to the most successful action film of Bollywood Ek Tha Tiger, will release worldwide on December 22.