The youngest action star who has his own successful franchise, Tiger Shroff has been the most dedicated star of his generation. Recently, while he was shooting for his upcoming film Baaghi 3 in Serbia, his mother Ayesha Shroff shared a heartfelt message for him on her social media. 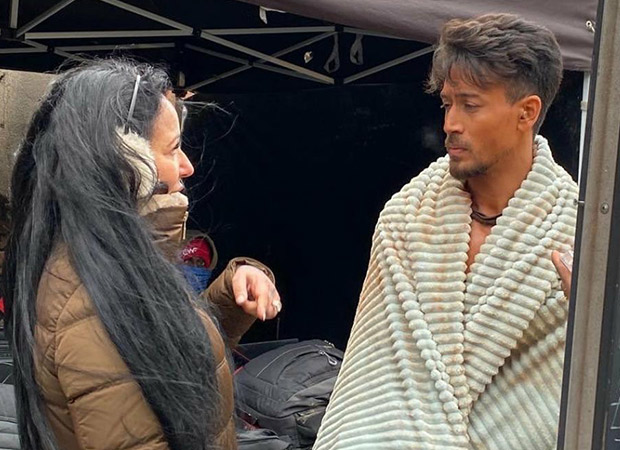 Recently, Tiger's mother shared a picture of the two of them with the caption, "On location with my son who is shooting action bare body in zero degrees. Dedication, discipline, sheer hard work, will power and perfection in everything he does, is what makes me a die-hard Tigerian❤ my thanks and gratitude to team tiger, Ahmed, NGE and the incredible crew that is shooting in tough conditions with Tiger to make an incredible movie!!! God bless them."

This sweet sneak peek is no less than a treat for his fans. When it's time for an action movie, nobody can beat him and his currently riding high on his blockbuster movie War.  The movie has earned Rs 317 crores and it's still running successfully in many theatres.

Tiger is working hard and even suffered minor cuts and scrapes on his back. The star has opted for some unique healing therapies for himself to give non stop top-notch performance for the film.

In such a short career span Tiger Shroff has managed to carve a niche for himself. He has had a successful year with his movie War becoming a huge success and also becoming the highest-grossing movie of 2019.