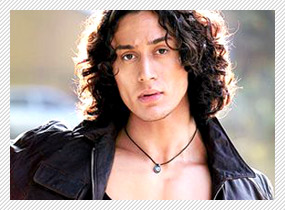 No, he isn't doing another Ishaqzaade. But yes, Tiger Shroff would be playing a character from a small parched dusty North Indian town. And therefore the dilemma facing the team is, how to keep the two stories and more importantly the two characters apart?

Says a source, "The script written by Sanjeev Dutta who wrote Life In A Metro and Page 3, takes Tiger's character in the Indian heartland. Though it's a completely different subject from Ishaqzaade, the problem is how to keep the ambience and the characters apart."

For one, the idea of going to Lucknow has been completely discarded.

Says the source, "Too many Bollywood love stories recently are set in Lucknow or Varanasi. For Tiger's film they're considering other options like Kanpur in UP or Patna in Bihar for shooting. The idea is to remain true to Sanjeev Dutta's character and script and yet take Tiger as far away from Arjun Kapoor's character and personality in Ishaqzaade as possible. We want absolutely no comparison between Arjun and Tiger."

We hear the role requires loads of action and dancing. Tiger's twin forte and Arjun's weak points. Tiger confirms this. Says the excited debutant, "The action and dance are a big part of the script. I've been training really hard for those. And I don't need to unlearn those skills. But yes, there are a lot of new things I need to learn for the role."

And for this he needs at least six months of trainingâ€¦Over and above the rigorous training Tiger has been going through for the last four years, Tiger would now be training for the specific character.

Says Tiger, "I will be spending a month in the town chosen for shooting. Fortunately for me, I've never had any formal acting training before. So they can mould me any way they want for the character. I am already training to be in character."

Adds a source close to the film, "It's a love story set in a small town in North India. We're going to make sure no one sees even a hint of Arjun in Tiger. The director Sabir Khan was earlier going to make Heer Aur Ranjha with Shahid Kapoor. But when he got Sanjeev Dutta's script, he knew this was what he wanted to do with Jackie's son. The role has loads of action and dancing. Tiger is tough and also a lover-boy. It is just what audiences would expect from Jackie dada's son."

A hunt is on for a completely new face to star opposite Tiger. The girl is expected to be locked in within the next one month.