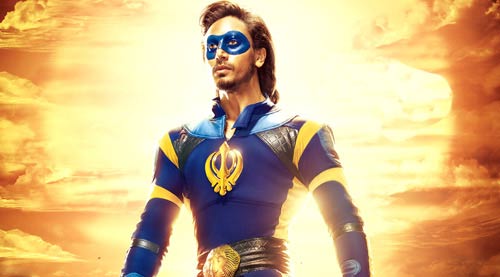 As promised, the makers of the superhero film A Flying Jatt that stars Tiger Shroff in the title role are leaving no stone unturned in making the film special. The film will be truly special because the film's director Remo Dsouza will be shooting India's first underwater fight sequence, which will see extensive breath taking actions, for which Remo had been working with international Stunt directors for over 4 months. For getting the nuances right, Remo sat with the international stunt team and worked out this entire sequence.

Speaking about the same, Remo said "In A Flying Jatt, we are looking to hit out with a bang. The action has got to be something audiences haven't seen before. In fact, globally too, underwater action has not been explored. It's been a long process, but the visual output will be something completely new."

Reports have it that, for this particular sequence, Tiger Shroff had been preparing for over 8 weeks, under the guidance of a trainer who was specially flown in from LA. It's also said that he will be needed to hold his breath longer to perform these dangerous stunts. And to attain perfection, the film's makers are making every effort to ensure the stunts are practiced under the supervision of the world's best specialists.

Besides Tiger Shroff, A Flying Jatt has Jacqueline Fernandez playing his ladylove and Mad Max: Fury Road fame Nathan Jones as the villain. Produced by Balaji Motion Pictures, the film is slated to release on August 25, 2016.