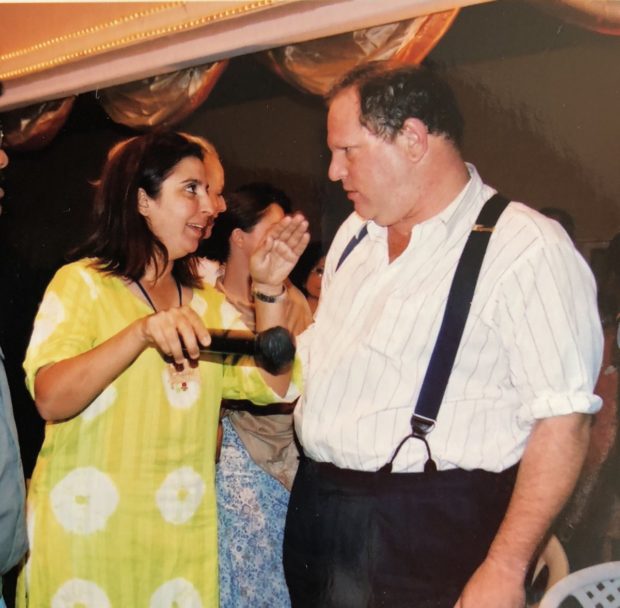 Earlier this year the world was taken by surprise when reports of sexual assault and harassment were levied against Hollywood titan Harvey Weinstein. In fact, as the days progressed after the initial accusation, more and more Hollywood biggies came out to speak about their personal accounts with Weinstein. On the other hand, the world of Bollywood seemed to be miles away from the entire farce.

But recently brining the entire Harvey angle closer to home, choreographer turned director Farah Khan took to the social networking site Twitter sharing an image of when she met the Hollywood magnet. Sharing the image from the sets of her 2004 film Main Hoon Na, Farah Khan posted an image that featured her teaching Harvey Weinstein a thing or two about Bollywood. Captioning the image Farah added, “Found this!! Throwback of all throwbacks! Me giving Bollywood gyaan to Harvey Weinstein!! #beforetheshithitthefan #mainhoonna shoot”.

As per reports, Weinstein was in Mumbai back in 2003 exploring possible tie-ups within the industry. At that time, Farah Khan was making her debut as a director with the film Main Hoon Na that featured Shah Rukh Khan, Suniel Shetty, and Sushmita Sen.