In 2017, director David Dhawan remade his 1997 comedy film Judwaa featuring Salman Khan in a double role. The film also starred Rambha and Karisma Kapoor. In the remake, Varun Dhawan, Taapsee Pannu and Jacqueline Fernandez were seen in the lead roles. 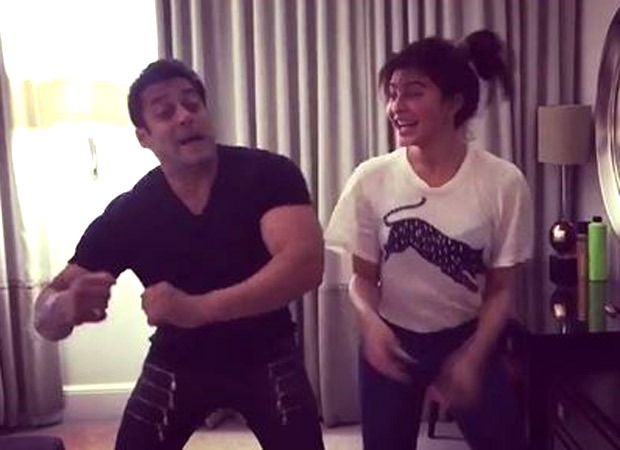 In the original Judwaa, not only was the film a hit, but its music was also appreciated. The makers retained two of the songs including ‘Tan Tana Tan’ and ‘Oonchi Hai Building’. Back in 2017, Jacqueline had posted a video of herself dancing to the tunes of ‘Tan Tana Tan’ with the OG Judwaa Salman Khan. Jacqueline had shared the video on Instagram and it was a visual treat for all the fans.

Sharing it with her fans, she wrote, “Tan Tanna Tan with the original Judwaa @beingsalmankhan just for you @varundvn time for #judwaa2 now!! #mumbaibound”

Meanwhile, Salman Khan is currently stuck in his Panvel farmhouse amid the lockdown. Even Jacqueline is stuck there. The actress keeps sharing videos and pictures from the farmhouse on her Instagram handle.

ALSO READ: “It’s been 10 years but it just feels like I started off yesterday – the journey is so fresh in my mind” – Jacqueline Fernandez