Kriti Sanon is all set for her first release of the year, Luka Chuppi. She shared that she used to love playing hide and seek during childhood and called it Chupan Chupai. As a child, the actress used to set her own rules for the game and used to play it in a dark room and named it dark room. 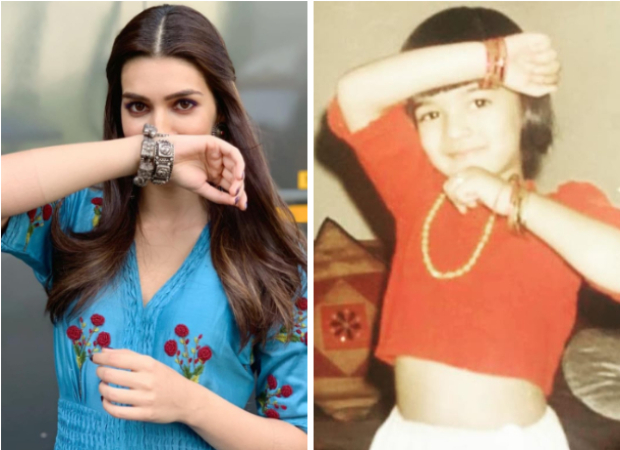 Sharing the memories from childhood, Kriti said, "I loved playing Luka Chuppi in childhood but we didn't call it Luka Chuppi, we used to call it chupan chupai like most of the kids but it's a game that all kids have played when you are really really small then you play inside the house and then you start playing outside with your friends and we used to play it in a dark room also which we used to call dark room. It's one of my favourite games as a kid."

The actress took to her Instagram handle and shared, "I guess I always liked playing a lil #LukaChuppi with the camera! Swipe left to see how things have changed (or rather haven't at all)."

Kriti Sanon has chock -a- block schedule ahead with her 4 films releasing this year and multiple brand shoots on which the actress is working on simultaneously. The actress is doing to and fro from Karjat where she is shooting for her next film Panipat and then to locations of the other projects which Kriti has in her kitty.

Only 4 films old, Kriti Sanon has an exciting film line up to look forward to with projects like Housefull 4, Luka Chuppi, Panipat and Arjun Patiala.