Actor Arjun Kapoor is one of the most active actors on social media. The India's Most Wanted actor does not miss out on an opportunity to drop in the comment section of posts by his co-stars with his witty comments. Arjun often shares childhood pictures of himself with his family and friends. The actor has once again dug up an old gem from his archive. 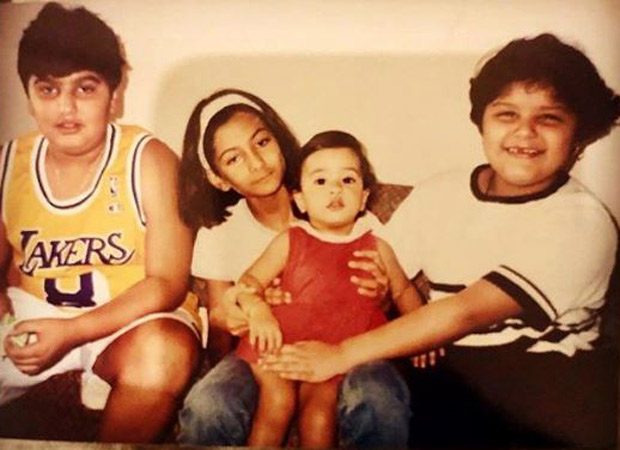 He took to his Instagram handle to share a throwback picture which also features his sister's Anshula, Rhea and Janhvi Kapoor. The actor also had a witty caption to go along with the picture. He wrote, "My Childhood Swag was always high !!! @kobebryant 4 life @nbaindia !!! Also the sister s weren’t too shabby either... "

He also shared another picture from the same day in his Instagram story, where Arjun Kapoor was clearly not in a mood to pose. Sharing the pictures and pointing at himself, he wrote, "This guy’s not a fan of posing too much." 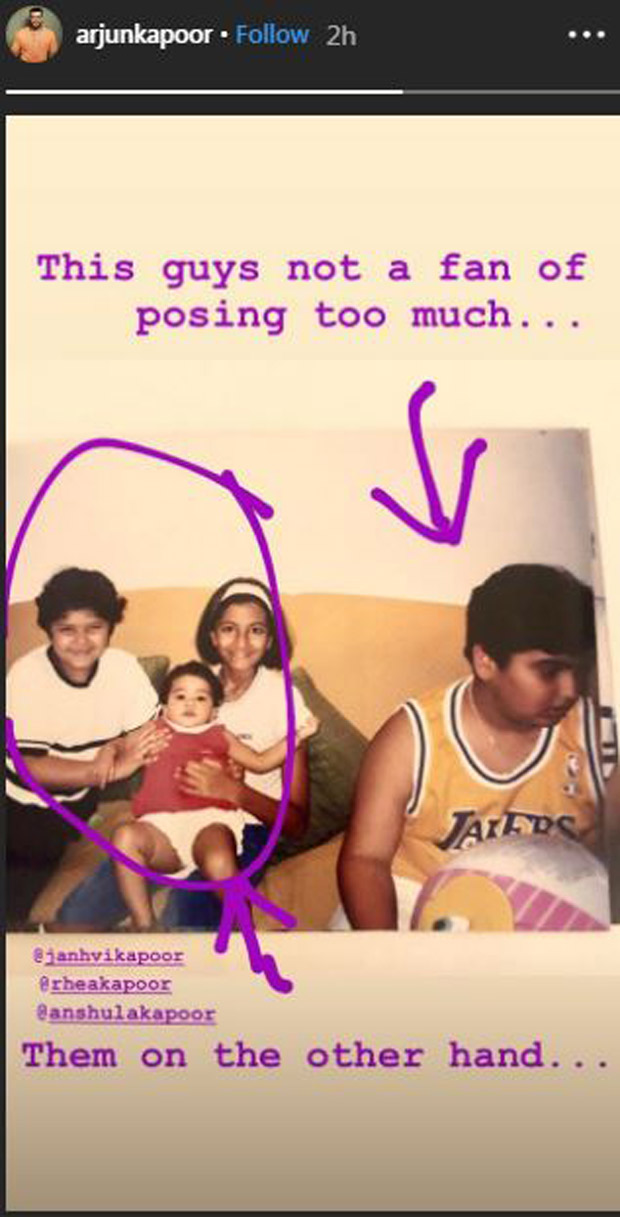 Meanwhile, on the work front, Arjun Kapoor will next be seen in the period drama titled Panipat, which is scheduled to release in December. The actor has also wrapped the shoot of Sandeep Aur Pinky Farar opposite Parineeti Chopra. The actor has also been roped in for the Hindi remake of Jayam Ravi's Comali, which is to be produced by Boney Kapoor.