Alia Bhatt is one of the busiest actresses of Bollywood. However, whenever she gets a break from shooting she jets off for family holidays, or hangs out with her girl gang or goes on a loved-up vacation with boyfriend Ranbir Kapoor. 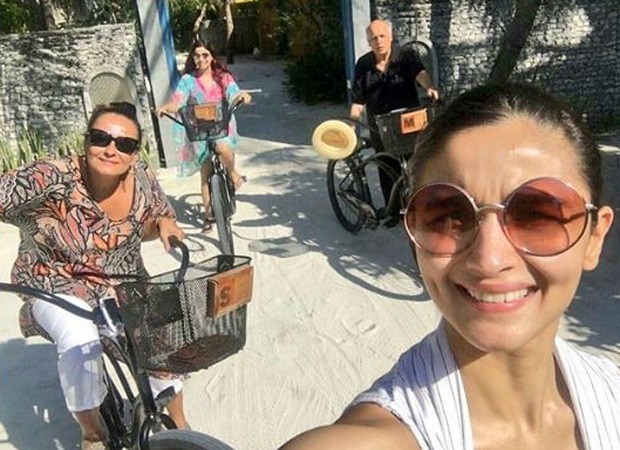 While Alia Bhatt's vacation photos always go viral, an old picture of her cycling with her family has resurfaced on the internet. In the photo, Alia Bhatt, Shaheen Bhatt, Soni Razdan and Mahesh Bhatt are seen enjoying a bicycle ride while Alia clicks a sun-kissed family selfie.

She is the one who holds the family together. May every day be a day that honours her dedication. Happy #MothersDay! #mothersday2020

Meanwhile, Alia Bhatt is reportedly spending the quarantine with her sister and boyfriend Ranbir Kapoor. On Sunday, the actress posted a selfie after she completed a 60-day fitness challenge. “60 days later - Stronger, fitter, better at burpees, much better at skips, much much better at push-ups, obsessed with running, super obsessed with eating right and waiting to get back onto the next challenge." she wrote along with the picture.

Meanwhile, on the work front, Alia Bhatt will next be seen in Sanjay Leela Bhansali's Gangubai Kathiawadi. She also has several other interesting projects lined up like Mahesh Bhatt's Sadak 2, Ayan Mukerji's Brahmastra and Karan Johar's Takht.