Anupam Kher has been part of more than 500 films and has countless memories attached to those films, co-stars, and crew. The actor recently got nostalgic and shared a very old picture that was clicked during the shoot of Vijay. 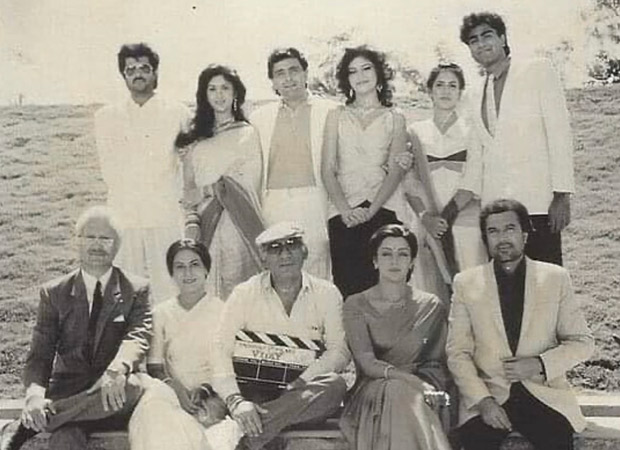 The photo has some of the leading actors of those days and some of whom still dominate the screen today.  The picture features Rajesh Khanna, Rishi Kapoor, Hema Malini, Anil Kapoor, and Moushmi Chatterjee along with the film's director Yash Chopra. Anupam Kher revealed that he was 33-years-old when the photograph was taken and that he played Hema Malini's father, Rajesh Khanna's father-in-law, and Rishi Kapoor and Anil Kapoor's grandfather in the film.

Sharing the image, Anupam Kher wrote, “The group picture was taken at the shoot of Yash Chopra ji's Vijay. I was 33-years-old but I played Hema Malini's father. Superstar Rajesh Khanna's father-in-law, Rishi Kapoor and Anil Kapoor's grandfather. Originally, my role was supposed to be played by the true thespian of Indian cinema Dilip Kumar sahab. I felt honoured.”

Group pic of #YashChopraJi’s VIJAY. I was 33years old. I played @dreamgirlhema’s father. #RajeshKhanna’s father-in-law. @chintskap & @AnilKapoor’s grandfather. Originally my role was supposed to be played by the true thespian of Indian cinema @TheDilipKumar. ???????? #throwback pic.twitter.com/pPTBV7fjWI

Anupam Kher won the Filmfare award for Best Supporting role for his performance in Vijay. Meanwhile, on the work front, Anupam Kher was last seen in the film Hotel Mumbai. The story of the film is set during the 26/11 Mumbai terror attacks.