When legends descend on stage, no doubt the news about it will spread like wild fire. Coming together for the first time, we have Madhuri Dixit Nene, Kajol and Asha Bhosle sharing the stage. Well it isn’t for any event but the three of them met during the shoot of the reality show Dance Deewane which features Madhuri as one of the judges. 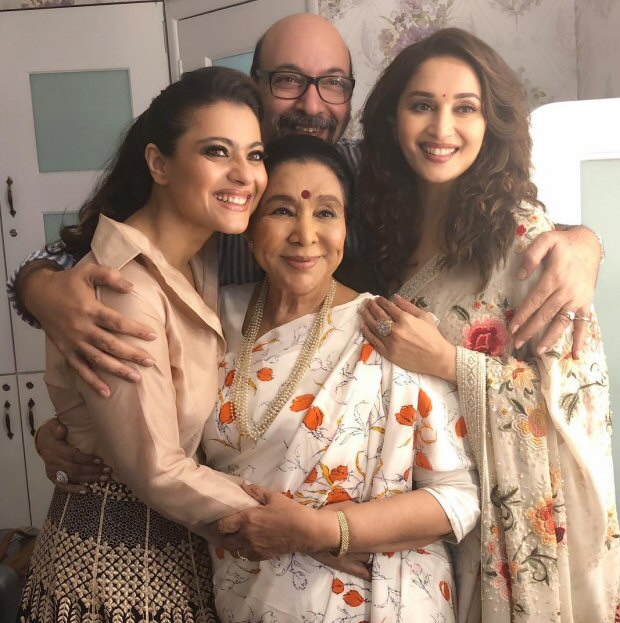 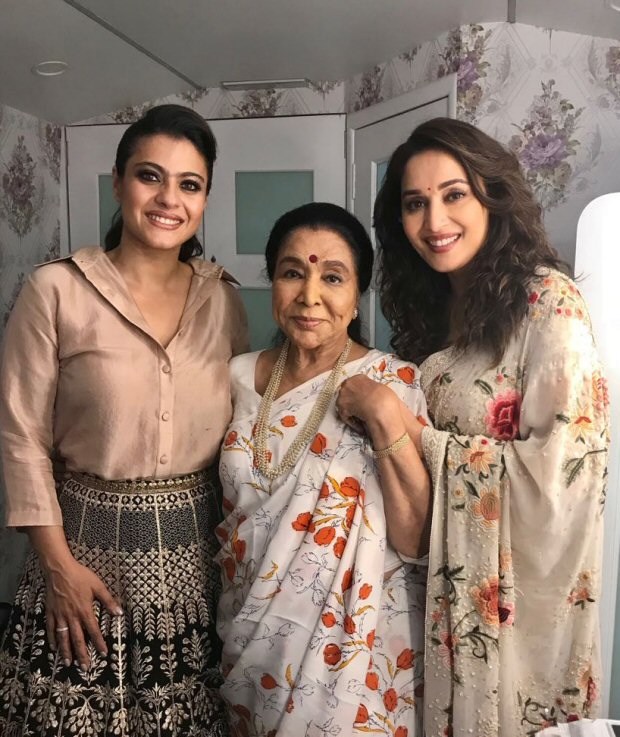 Readers may be aware that Kajol is in the midst of promoting her film Helicopter Eela and has been attending many reality and other fiction shows too. During one such promotional stint, Kajol met another actress from 90s – Madhuri Dixit Nene. Let us remind you that during the 90s along with Kajol, Madhuri was also well known for her pairing with Shah Rukh Khan. Interestingly, the actress will also be sharing screen space with Kajol’s hubby Ajay Devgn in their forthcoming film Total Dhamaal.

Coming back to Dance Deewane, Kajol and Madhuri Dixit definitely had a gala time but joining them was none other than legendary singer Asha Bhosle. The trio clicked many pictures along with iconic makeup artist Mickey Contractor. Not just that, they also recorded videos of Asha singing the song ‘Zara Sa Jhoom Loon Main’ from the cult blockbuster Dilwale Dulhania Le Jayenge featuring Shah Rukh Khan and Kajol.

On the other hand, the actresses also took to their respective social media handles where they posted pictures from their fun filled photography session.

She came... she sang... she conquered... and turned us into mushy paps for the legend @asha.bhosle ❤️❤️❤️

Helicopter Eela, which features Kajol in the lead role along with National Award winner Riddhi Sen, is directed by Pradeep Sarkar and is based on the play Beta Kagdo. The film is produced by Ajay Devgn and is slated to release on October 12. It was initially supposed to release on September 7 but owing to the health of Sarkar, who is suffering from dengue, the said release was pushed further for a month.

Also Read: From BITCHING about Shah Rukh Khan on his face to looking for a GROOM for Karan Johar: Kajol’s 5 UNMISSABLE confessions on Aap Ki Adalat