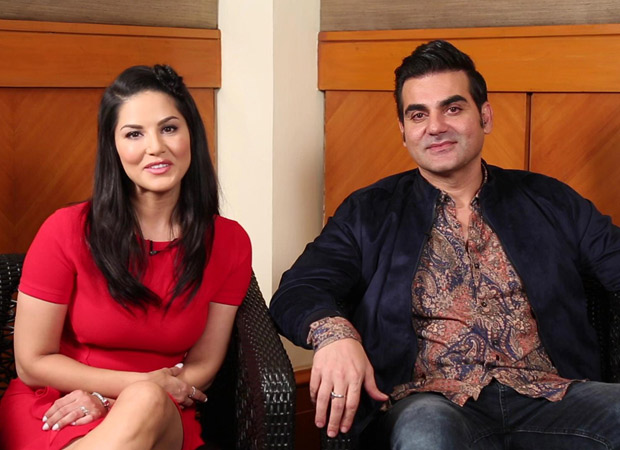 Dabangg changed the life for Arbaaz Khan. With Dabangg 2 he turned a director. Now after a gap of several years the plans are being finalised for Dabangg 3 to be directed by Prabhu Deva. In a Bollywood Hungama exclusive with Faridoon Shahryar, Arbaaz shared some exclusive information and insights about the film.

Arbaaz can we see a Sunny Leone number in Dabangg 3?

Arbaaz Khan: Why not? There's a possibility. I keep getting asked this question.

Arbaaz Khan: She soaks it in and she is like let me just soak it in, let him answer this. She is somebody who you know obviously has to be in the film for the right reasons and cannot be misused for the sense to do justice to her persona and her talent. If an opportunity does arise I will be more than happy to have her in the film.

Are you looking forward to Dabang 3? Dabangg was a film that changed your life. We met you before even the promo of Dabangg was launched and then we've seen your evolution as a person and as a filmmaker.

Arbaaz: Yes of course. Extremely important and I think as long we continue to make it the series each one of them will be important and I will say that Dabangg 3 will be quite defining and very important and will be a trilogy of a franchise so it will be very interesting. It's also coming after a big gap. Dabangg 2 came in matter of around 2 years so there was already that euphoria and already a connect with the audience and now we have taken it to quite a big height you know. We've been out for a while now. 2012 was the time when Dabangg 2 released and probably we will be coming in 2018 and may be in 2019 if we start in 2018.

So that will be a good seven years from the time we made our last film. So it is crucial, it is important and we are very conscious of it and conscious of our brand and character and we are going to put in all our energies and efforts to see the product that people will be happy with.

Who's the heroine? Will Sonakshi Sinha be a part of Dabangg 3?

Arbaaz: Heroine, one of them is Sonakshi Sinha because that's how the story moves and there will be another girl but that depends on how the character works out and that way we will make the selection. Right now we have not finalised a girl and we are writing the script and then we will finalise the girl.