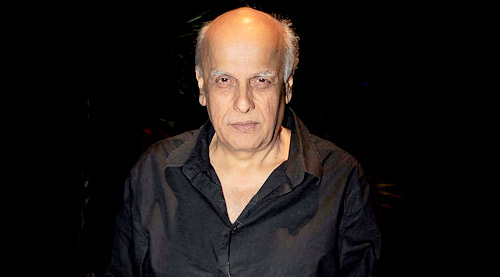 In many cases, the music of Mahesh Bhatt is, as the trade would say of musical triumphs in the olden days, "Not about one or two tracks, but the entire album would be memorable."


In fact, in many ways, Bhatt-saab is the only filmmaker today who carries on the great legacy of myriad old-time musical filmmakers, all the more creditably because, unlike the few other musically-illustrious filmmakers left today (Sanjay Leela Bhansali, Bhatt's proteges, Mohit Suri and Anurag Basu, and maybe a couple more), he keeps coming up with many more movies than them.


Inspiration and Import - for Quality's Sake


Let us also not miss the fact that Bhatt has never been fastidious about complete originality - as long as it meant delivering the quality and depth needed for his cinema. As we have said in the last installment, he even used an existing ghazal or two by incorporating it in his films. The hit 'Aaina mujhse meri' from Daddy was a rework of an old, relatively anonymous number. Aashiqui had several reworks from Pakistani music, Anu Malik's 'Band honthon se' from Sir was inspired by the song 'Yaad mein teri jaag jaag ke' from Mere Mehboob (1963). And Kaifi Azmi's stunning 'Uth meri jaan', a poem that had been used already in a '60s film, was brought into Tamanna.


Bhatt also imported talent from across the border. Qateel Shifai was a Bhatt favourite for a while (Sir, Naaraaz, Yeh Hai Mumbai Meri Jaan). In the films Murder, Zeher and Kalyug, the filmmaker used licensed versions of Arabic and Pakistani songs. For example, Anu Malik and Sayeed Quadri created fresh antaras in Zeher for Noorjehan's hit 'Agar tum mil jaao' both in composition and words, while Mithoon "re-created" songs by the Pakistani band Jal in both the latter films.


Bhatt's movies took songs from Pakistani artistes officially for many movies, beginning with Paap (2004). In fact, the entire score of Awarapan (2007) was recorded afresh by Pritam as they were all compositions of Mustafa Zahid and Annie. Myriad Pakistani artistes (some discovered on the 'Net') have thus been 'imported' into his music, as singers, lyricists or composers.
The first Pakistani ever, however, to be a part of a Mahesh Bhatt film was Ghulam Ali, who sang 'Chamakte chand ko' in the film Awargee, and in an interview, the singer mentioned that the song was an original creation of Anu Malik and lyricist Anand Bakshi, unlike Ali's earlier forays in Hindi cinema that were actually his own compositions! James from Bangladesh was another talent used in Gangster.


The lyrics of the song 'Jab koi baat bigad jaaye' from Jurm is said to have prevented an Indian widow in London from committing suicide after the death of her beloved husband. In gratitude, she wrote a letter to Mahesh Bhatt, who conveyed it to the lyricist. After that, for years, the song was played every morning as a salute to the lady by an Indian radio station there!


Bhatt's influence on film music was multifarious. As we have mentioned, post-Aashiqui, Nadeem-Shravan with lyricist Sameer became a trend themselves as a kind of a package deal for hits, mostly with Kumar Sanu as the male singer.

Bhatt also had a fondness for skilled and evocative non-film singers, especially those who had a classical base. Besides Jagjit Singh, Pankaj Udhas, Talat Aziz (and Ghulam Ali and Mehdi Hasan from across the border), the list included Roopkumar Rathod, with whom he had an intense association as both singer and composer. Laxmikant-Pyarelal reinvented Rathod as a singer of peppy and mischievous songs with 'Main tera aashiq hoon' (Gumrah) and Bhatt got sterling results with Rathod as composer in Zeher ('Ae bekhabar' and 'Jaanejaan') and the Woh Lamhe ( 'So jaaon main / Tum agar mere khwabon mein aao').


Bhatt also holds a unique record: of recovering the entire costs of a movie through the sales of music alone in the case of Plus Channel's debut film Papa Kahte Hai. And despite the melodious quality of the soundtrack, almost the entire sales were achieved by just one cult song 'Ghar se nikalte hi'!


So if there is one lasting impression that Bhatt's music leaves on us - it is in reasserting the axiom that songs make a mark and live on, eventually, if not primarily, because of their lyrics. A flop lyrics writer, who had dabbled in some dark songs earlier, resurfaced in his films Citylights and Khamoshiyan under a new name - Rashmi Singh - to pen wonderful lyrics like 'Darbadar phire' in the first film.


As Gurmeet Chaudhary summed up so succinctly recently, "I would go so far as to say that Bhatt-saab is the Amir Khusrau of our times, who brought in understandable language in his era - the 13th century. Most of today's lyrics are not very comprehensible either. But Bhatt-saab keeps them relatable and so they touch you. They are neither 'jhintaak' (flashy) nor in the category of lingo that is considered cool only because we do not understand it! And his songs narrate a story within them."


Bhatt-saab, let the music play on, in these arid days of cacophonous Punjabi-Sufi-rap musical bedlam sans lyrical weight, your films remain musical beacons that show the way both to the industry and viewers at different levels.