Comedian Kapil Sharma received praises from Pooja Bhatt after the latter watched a video of him singing with Dhamaka star Amruta Subhash. The actor and comedian sang Kishore Kumar and Lata Mangeshkar's ‘Tere Bina Zindagi Se Koi Shikwa To Nahin’, from the film Aandhi, on The Kapil Sharma Show. 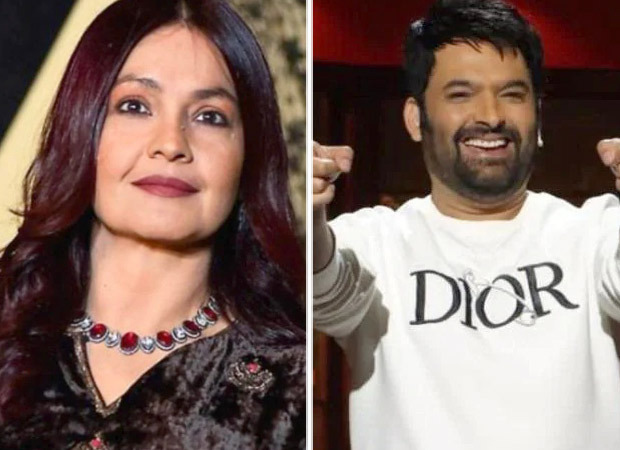 Taking to Twitter, Amruta Subhash shared a video of her and Kapil Sharma singing the song along with the caption, “What an amazing singer you are @KapilSharmaK9! It was a great experience to sing my favourite song with you.”

Retweeting the post, Pooja Bhatt wrote: “Goosebumps! Truly! Trust you to bring such soul into #TheKapilSharmaShow @AmrutaSubhash and yes, you are indeed a fabulous singer @KapilSharmaK9 we need to hear and see you more in this avatar!”

Goosebumps! Truly! Trust you to bring such soul into #TheKapilSharmaShow @AmrutaSubhash and yes,you are indeed a fabulous singer @KapilSharmaK9 we need to hear and see you more in this avatar! ???????????? https://t.co/kEPvpWQbpv

Kapil Sharma, responding to Pooja, confessed that he couldn't believe that she praised him and added that he's a fan of her work. “Oh my god thank you pooja ji, I know it’s your personal account but still ‘dil hai ke manta nahin’ (a reference to her movie) thank you for all the love, your fan,” he wrote.

There is no doubt that Kapil is a great singer as he has shown his singing skills on numerous occasions. He was also a participant in the singing reality show Star vs Rockstar.

On Saturday, Amruta was joined by her Dhamaka co-stars Kartik Aaryan and Mrunal Thakur on The Kapil Sharma Show. The trio came to promote their Netflix film on the show.

In the film, Amruta plays an unsympathetic boss whose only aim is to get the highest TRPs for her channel while safeguarding its reputation amid a terror attack in Mumbai. She is tasked to manage the coverage of the bomb blast with Arjun Pathak, played by Kartik Aaryan.

Meanwhile, on Sunday, Kapil hosted his show's producer, actor Salman Khan on the show. The actor and his brother-in-law, actor Aayush Sharma appeared as a guest to promote their upcoming film Antim: The Final Truth.

Also Read: The Kapil Sharma Show: Aayush Sharma reveals how Salman Khan reacted when he once visited him in Arpita Khan’s absence