A slate of movies will premiere on Disney+ Hotstar. After Dil Bechara and Lootcase, five more films are set to hit the streaming site. One of them is The Big Bull starring Abhishek Bachchan. 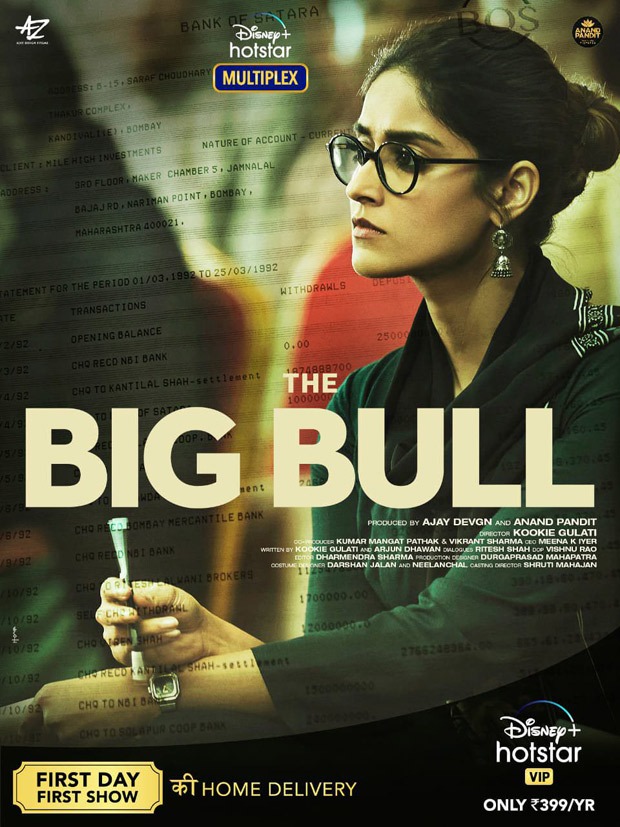 While the first look of the actor had already been unveiled, the makers dropped the first poster of Ileana D'Cruz on Tuesday, August 18.

The Big Bull - The man who sold dreams to India is a crime drama that shook the financial fabric of the country. The film features Abhishek Bachchan, Ileana D'Cruz, Nikita Dutta, Soham Shah, Ram Kapoor, Supriya Pathak, and Saurabh Shukla.

The Big Bull is one of the many movies slated for release under Disney+ Hotstar Multiplex. Directed by Kookie Gulati, produced by Ajay Devgn and Anand Pandit, and co-produced by Kumar Mangat Pathak and Vikrant Sharma. The movie is coming soon on Disney+ Hotstar VIP.

ALSO READ: Ileana D’Cruz flaunts her bikini body as she misses getting ‘toasted under the sun’