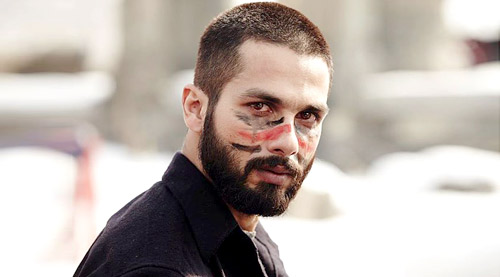 A young soldier's body is being carried out of a dilapidated house after crossfire with a terrorist in Kashmir. This visual played right in front of my eyes while I was shooting my documentary film "And The World Remained Silent" in the year 1990. That young boy who lay dead was not even from Kashmir. He was there as a soldier to defend his country. That slain soldier in his death had never envisaged that one day his martyrdom would be termed as torture and barbaric. The terrorist whom he died fighting with, whose death would be glorified while he would be called anti-human.

This is exactly the feeling I carried with me outside after watching Haider. I had gone with great expectations but with every passing scene those hopes were getting killed. How was I supposed to feel anything for a man who gave shelter to hardened terrorist who had killed hundreds? How was I supposed to feel when the army men who leave their families thousands of miles behind to defend the valley, were portrayed as glorified torturers? The army soldiers were reduced to soldiers from Nazi concentration camps. The main protagonist, the doctor refused to respect the country and pay his allegiance to it. He stood defiant when slogans of Jai Hind were shouted. The scene where Irrfan and the character of the doctor are imprisoned and humming ghazals, it almost gives you the feeling that Bhagat Singh and Sukhdev are in the prison. After watching Haider, the first thought that crossed my mind was that what if this film was seen by a martyr's parent like Late Major Sandeep Unnikrishanan? What would be his reaction to a film where the serving boys like him were termed as master torturers of innocent "terrorists"?


This film has a strange distinction of offending everything that came in its way in Kashmir, from security forces to the revered monuments of the valley. The 'Bismil' song with a satanic puppet in the centre of the ruins of Martand temple was a shocker. Martand temple, a place of worship and reverence for the in-exodus Kashmiri Pandits, was turned into a dance of demons and satans by the main lead. My question is why is it that a place of worship would be turned into a contemptuous song? It is sad but true no one would dare to shoot something so scandalous in pious places of worship like the Hazrat Bal or Jama Masjid in the valley. This story was about 90's terrorism. The maker chose to say the story of the people who were holding the guns but ignore those, on whom those guns were pointed.


I am a victim of terrorism. Overnight, along with 3 lakh Kashmiri Pandits, I was dragged out of my house and driven off by those terrorist for whom I am supposed to feel humane in Haider. If today I am breathing along breathen, then it is thanks to thousands of soldiers who stood like human shields against the bullets of the militants who are the martyrs of the film. After seeing the film, when I voiced my displeasure of glorifying of militancy at the cost of the army, a director colleague chose to term my angst as a bark. I am sorry I don't identify with the drawing room activism and the concern of Arundhati Roys & Teesta Setalvads when their hearts bleed for the insurgents while always holding the security forces under the spotlight. They always have spoken about the human rights of those who in reality have no value for human lives.


Let me make this very clear that I am voicing my angst against this film as an audience and an Indian. Even though I don't identify with the subject of the film, I don't want the film to be boycotted as I don't want the freedom of speech of the maker to be curbed or squashed. That's the beauty of India and we Indians. We hoist the flag of expression at the cost of dignity of the armed forces.

If today a Haider can be made, then that day is not too far off when a film will be made of 26/11 and Hemant Karkare, Major Sandeep Unnikrishnan and the respected others who were martyrs of the dreaded terror attack, will be shown as villains. Investigating officers who had captured Kasab will be portrayed as torturers, while Kasab will shine as the hero of the film because some director chose to see his motivation and the need to kill 164 innocent people of Mumbai.

And when this film is released, again, please don't expect me to understand the sacrifice of human values on the altar of entertainment!