In a surprise turn of events, Taylor Swift announced her ninth studio album 'Evermore' on Thursday and released it at midnight according to Eastern Standard Time on December 11. Along with the album, she dropped the music video for the lead single 'Willow' taking the 'Folklore's' 'Cardigan' story forward. 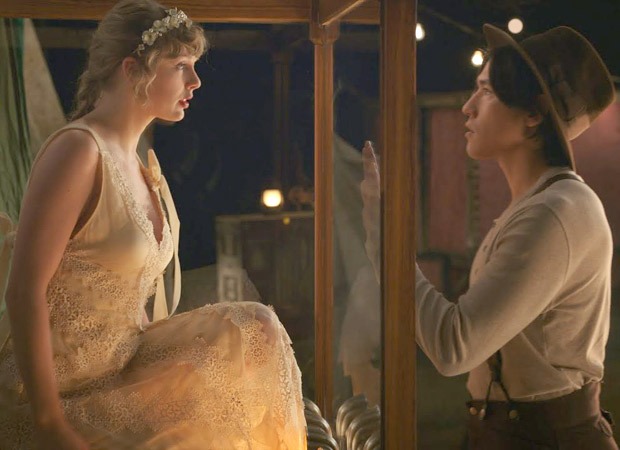 The 31-year-old pop superstar picks up the story from whether she left off 'Cardigan' as she once again explores the world of 'Evermore' following the string to find her soulmate.  She goes to the magical land after diving into the enchanted lake, looks ethereal while playing the mandolin in the medieval period. Dancing in the cape following the glowing string that leads her to her man. The song is about intrigue and desire to want someone as perfectly put in the lyrics, "Life was a willow and it bent right to your wind / Head on the pillow, I can feel you sneakin' in / 'Cause if you are a mythical thing / Like you were a trophy or a champion ring / But there was one prize I'd cheat to win."

“To put it plainly, we just couldn’t stop writing songs,” Swift tweeted during the album announcement on Thursday on why she chose to drop the sister record so soon after 'Folklore' in July. She went on, “In the past, I’ve always treated albums as one-off eras and moved onto planning the next one after an album was released. There was something different with folklore. In making it, I felt less like I was departing and more like I was returning.”

Today, she wrote a long post and captioned it, "I have no idea what will come next. I have no idea about a lot of things these days and so I’ve clung to the one thing that keeps me connected to you all. That thing always has and always will be music. And may it continue, evermore. My new album evermore is out now."

'Willow' has been directed by Taylor Swift. She reunites with her longtime collaborators Aaron Dessner, Jack Antonoff, WB, and Justin Vernon.