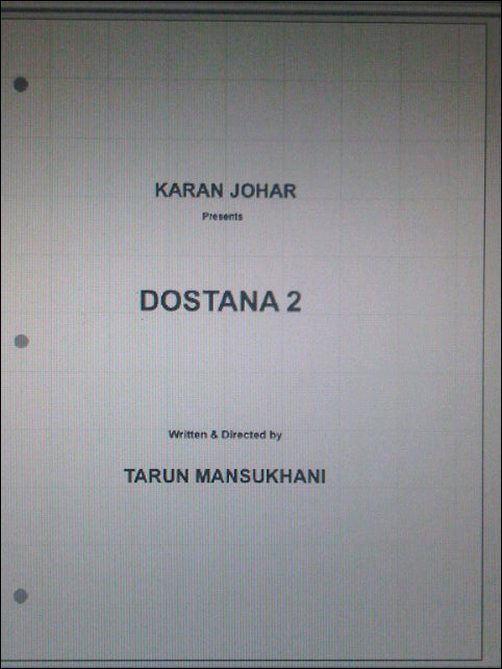 Director Tarun Mansukhani is currently busy writing the script of his next film which happens to be the sequel to his smash-hit flick Dostana. Tarun, who is quite active on social networking site Twitter, recently posted a pic of the first page of the script of Dostana 2 for viewers to see and read. However, when excited viewers clicked on the link, it turned out to be nothing more than this pic which shows just the front cover stating 'Karan Johar presents Dostana 2â€¦Written and Directed by Tarun Mansukhani'

While Tarun surely must have had a hearty laugh over this joke, we hope that the gags in his forthcoming film are funnier than this one.