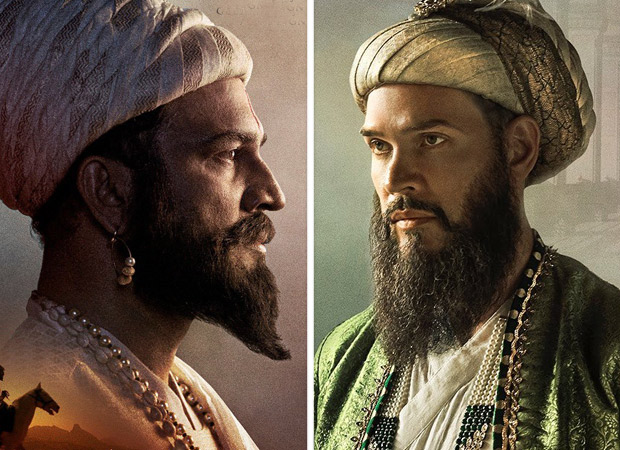 We have earlier seen Luke Kenny essaying the role of Malcom in Sacred Games and is reportedly teaming up with Nayanthara for a film. This one will definitely prove to be a big break for him! 'Aurangzeb Mughal Emperor - Hum mukkamal Hindustan ko fateh karne ka irada rakhte hain...,' read the caption, as Ajay shared Luke's first look.

Padmavati Rao is a popular name in Kannada cinema who has also appeared in Hindi films such as Te3n and Pardes. We hear she has an impactful role to play in the film. Ajay wrote, "Jijamata - "Jab tak Kondhana pe bhagwa nahi lehrata, hum joote nahi pehnenge"

The first looks are certainly intriguing and it is safe to say that the buzz is on point. Directed by Om Raut, Tanhaji: The Unsung Warrior releases on 10th January 2020.