Tamanaah Bhatia is known for her brilliant acting chops and amaze screen presence. She has made a big name for herself in the South industry and is more recently known for her Bahubali stint. She had a freewheeling chat with Bollywood Hungama about Bollywood, Khans and everything in between. 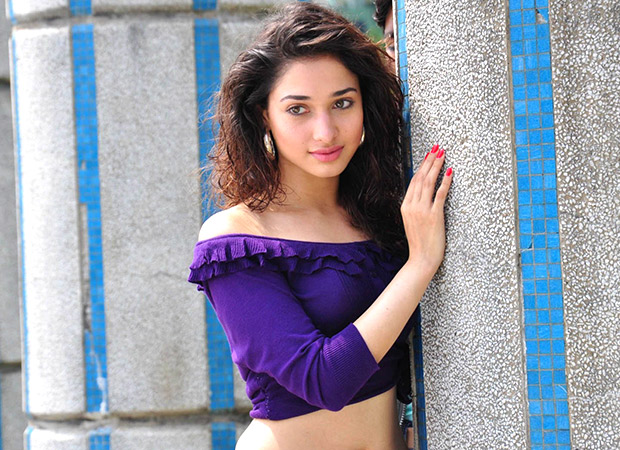 When asked about her co-star Akshay Kumar, she said fondly, “There is nobody who does not want to work with Akshay Kumar. He is a very sweet person.” She also said, “He was very down to earth and simple on sets.” Having said that she also said, “He is very sharp. You can’t let your guard down on the set. He is very notorious and very naughty. Having him on the set is a lot of fun.”

Further, Tamanaah was asked to pick her favourite Khan and she said, “They are all so good. All so established stars.” Then she said she likes no specific Khan and has no favourite.

After much mulling, she said, “Actually I have a favourite Khan but unke saath romance nai kar sakte.” On prodding further she said, “Taimur Ali Khan…he is just too cute. Such a mixture of Bebo and Saif …he just looks adorable.”

But she ended the question by claiming, “Who does not like Shah Rukh Khan? Khans have made Indian cinema what it is today.”

Also Read: Video: Tamannaah Bhatia would like to take fitness lessons from THIS Bollywood actress!