Aren’t they the cutest? DeepVeer fans are definitely going mushy right now looking at the amazing videos that have been doing the rounds of Deepika Padukone and Ranveer Singh at Femina Awards. The star couple definitely left the audiences in splits every time they came on stage as they spoke about each other and what it is like to be married. The couple, who have spent over six years in courtship, made their first major appearance after their lavish wedding during this award function and seem to have made it quite memorable for everyone! 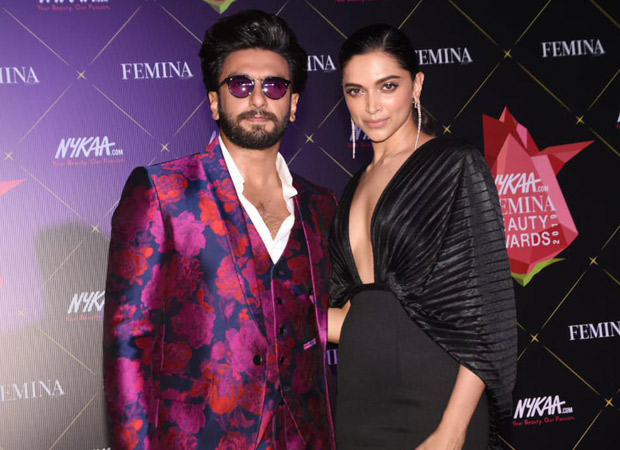 In earlier videos we saw Deepika Padukone commenting on how she plays the role of a wife to husband Ranveer Singh. In fact, she even revealed that she is the one who chooses his clothes many times. And now adding to the same, when the Padmaavat actress was quizzed about her husband’s habits and his beauty tips, she had the perfect answer for it too! The actress was asked about it when she went on stage to collect her Woman Of The Year award.

In the said video, the actress said, “He takes ‘Longer in the shower, longer in the loo, longer to get ready, longer to get into bed.” When the audiences were left in splits, Deepika went on to comment and reassert her statement adding, “Guys, I said longer to GET INTO BED.” That left them teary eyed with laughter for sure!

Besides this, Deepika Padukone and Ranveer Singh also received the Beautiful Couple Of The Year award and the Gully Boy actor also won the Man Of The Year award. Apart from the victory streak, the couple continued to entertain the audiences with their post marriage shenanigan stories.