Actor Tahir Raj Bhasin, who has had a spectacular 2022 with three back-to-back releases - Ranjish Hi Sahi, Yeh Kaali Kaali Aankhein and Looop Lapeta, shot for a new music video 'Taj' along with the beautiful Fatima Sana Shaikh, composed and sung by music sensation Ritviz. Interestingly, Tahir dropped a hint of this collaboration with Fatima last week, by sharing an adorable image with her on his social media. 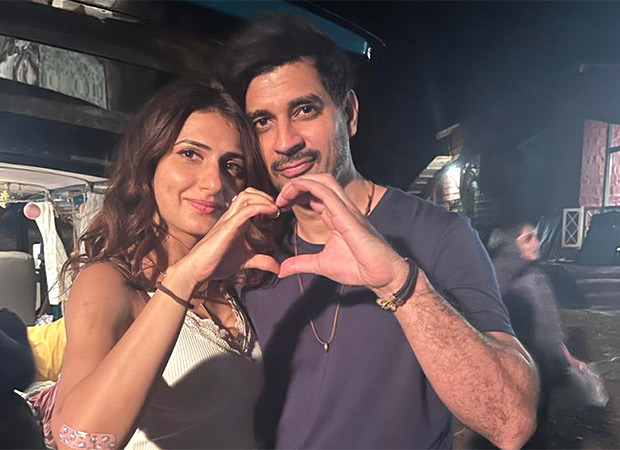 Commenting on his experience of working with Fatima, an excited Tahir says, "Working on Ritviz’s latest romantic track opposite Fatima was such a fun experience. I have admired the diversity of her work from Dangal to Ludo and have watched her grow as an actor and a person over the years. This was our first time collaborating and our connection was instant, the minute we were in a frame together it was like we had been rehearsing for this song for weeks.”

He went on to speak about his co-star and asserted, “Fatima has a fun sense of humour and is very comfortable in her own skin and as a result, all of the moments of laughter and play you see in the video are very real. We also share a bond over a common mentor in Nitesh Tiwari who directed both of us in Dangal and Chhichhore respectively."

Sharing some more details of shooting the music video, Tahir adds, "The song was shot in Panchgani and is set as a road trip. The treatment is very raw and we actually spent time driving around beautiful scenic lakes and forests often making us feel like it was a real trip. The song is shot by a young advertising crew and collaborating with director Ria Singh and DoP Krish Makhija was an exciting on-set experience.”

While signing off, he said, “The idea was to keep it as authentic as possible and we had the most fun eating local vada pavs, waking up early to watch a sunrise by a lake and running for slo-mo shots during dusk. This was my first time shooting in Panchgani and I definitely plan to return for a road trip of my own.”