Taimur Ali Khan is not even two but is a bonafide Bollywood celeb. It is a good thing and bad because fame, as they say, is a double edged sword. But all that Taimur's parents: Kareena Kapoor Khan and Saif Ali Khan may try to shield him from the paps, they can't after a point. Taimur has probably the best genes, as admitted by Saif, and we would be really surprised if he is not taken in by the infectious world of showbiz. While there's still time for the same, Taimur is currently enjoying his childhood like any other kid as his parents are trying hard to keep his life normal as possible for him. The festive season is on in the B-Town and Taimur is giving us a daily dose of his cuteness by dressing up in ethnic garb and chilling with his pals. 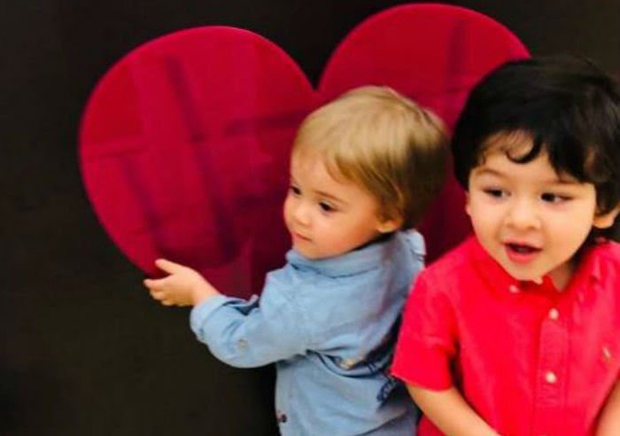 Over the weekend, the entire B-Town celebrating Diwali as A-Listers hosted their annual card parties at their plush homes. While the adults were letting their hair down, the kids were seen having a chillar party of their own! Karan Johar's twins Yash and Roohi were seen sharing their toys with Taimur. The munchkins were hanging out and their indulgent parents took to social media to share pics. Check them out below:

Taimur has now started responding to Paparazzi. He now interacts with them in monosyllables and even displays peak celebrity behaviour in front of the cameras.