The forthcoming film Govinda Naam Mera will not only present Vicky Kaushal in a different avatar but also Kiara Advani and Bhumi Pednekar. During the trailer launch of the Dharma Productions’ film, Kiara was asked about being the ‘golden girl’ of Bollywood after the grand success of Bhool Bhulaiyaa 2, followed by the good response that Jugjugg Jeeyo received. However, during the launch, the actress passed on the tag to Tabu adding that both her films, Bhool Bhulaiyaa 2 and Drishyam 2 turned out to be massive box office earners. Recently, when Tabu came across this reaction of Kiara, she was humbled by the way her co-actor described her. 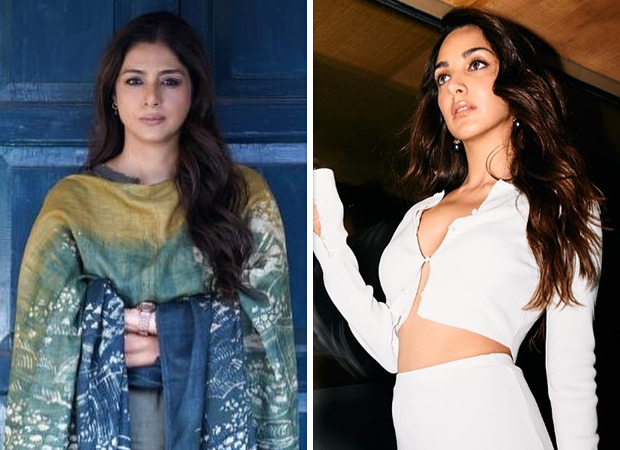 Talking to Indian Express.com, Tabu responded to the comments shared by Kiara Advani saying, “It was very sweet of Kiara. I feel fortunate, happy that people are giving me that place, saying those things about me. I feel honoured that they are really celebrating me. I feel there’s this genuine love and affection for me. It just fills my heart with so much gratitude.” She also continued adding how she likes to enjoy the success but she does ensure that she doesn’t take it for granted.

“It’s a gamble, you can’t take it for granted and can never be sure of success. Especially in the movies, where so many factors come into play. Some people make calculations and predictions that have come out true for them but I’m very, very scared of those calculations and to take success for granted, to think that it’ll happen again. That’s when destiny surprises you. You have to celebrate success and everyone who has been a part of it, be grateful and gracious. I can’t rest on my past laurels either. Be happy but move on to the next,” she maintained.