Sab TV's popular sitcom and longest-running show Taarak Mehta Ka Ooltah Chashmah was shooting in a bio-bubble format in Vapi, Gujarat since mid-April. The show moved its sets as Maharashtra Government announced a full-fledged lockdown in the state and paused shoots and filming activities. 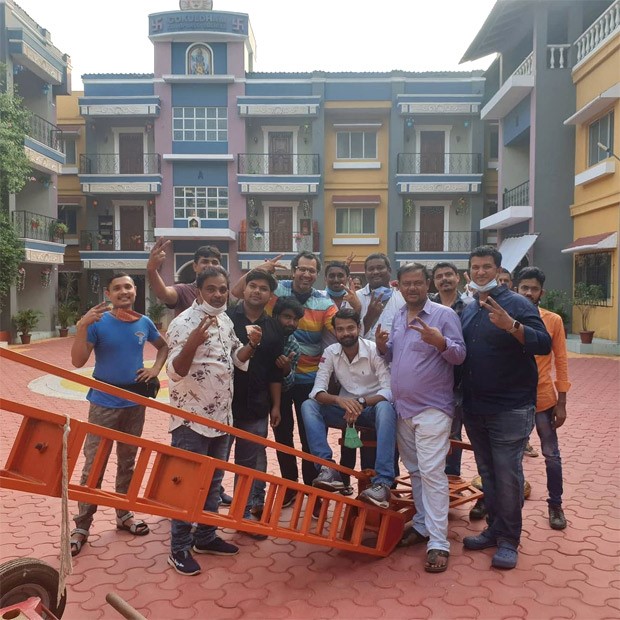 The government later announced the relaxations in restriction in the second week of June 2021 and allowed all the production houses to resume their shoots with all the necessary protocols. However, the Taarak Mehta Ka Ooltah Chashmah team still stayed back in Vapi to complete their track.

After they have completed their sequence and wrapped up with the shoot in Vapi, they have returned to their original set in Mumbai. The director of the show Malav Rajda took to his Instagram and shared a picture of the crew on set in which everyone looked amusing on returning to the sets. Sharing the picture, the director also expressed his delight and wrote, "Finally back in gokuldham....feels great to be back on home ground."

Actress Palak Sindhwani, who plays the character of Sonu, also shared a series of pictures on her social media with the cast on their last day in Vapi. Sharing the post, Palak wrote, "Some beautiful memories to cherish forever."