Priyanshu Painyuli will soon be seen opposite Taapsee Pannu in the sports drama film Rashmi Rocket. The film which is currently being shot in Bhuj is near completion and it was the actress 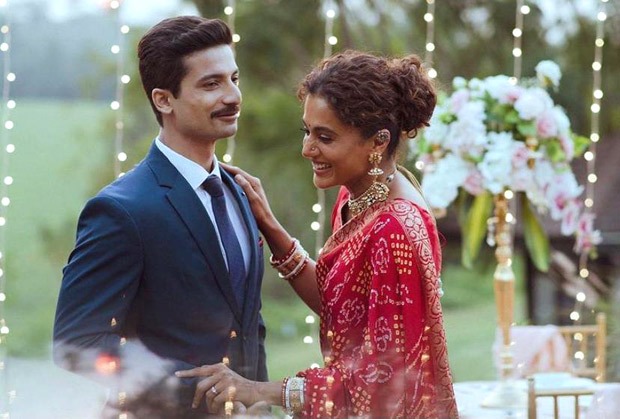 Taapsee who took to Instagram to give fans the glimpse of the first look of Priyanshu from the film. The actor looks every bit dapper as he essays the role of Gagan Thakur, an army man in the film and also partner to Taapsee’s on screen character.

Coincidentally, the part is close to Priyanshu’s heart owing to his real life’s personal connection with the army, since he was himself raised in one with his father having served in the Indian army.

The Taapsee Pannu starrer is a sports drama and will be directed by Akarsh Khurana. Supriya Pathak, Abhishek Banerjee and Priyanshu Painyuli also join Taapsee in the movie as co - stars.

The movie is written by Nanda Periyasamy, Aniruddha Guha and Kanika Dhillon. The film being bankrolled by Ronnie Screwvala along with Neha Anand and Pranjal Khandhdiya is slated to release in 2021.