Actress Taapsee Pannu has been training for her next titled Shabaash Mithu for over a month now. The film stars the actress as Indian Cricketer Mithali Raj. She's been sharing glimpses from her training session on Instagram. 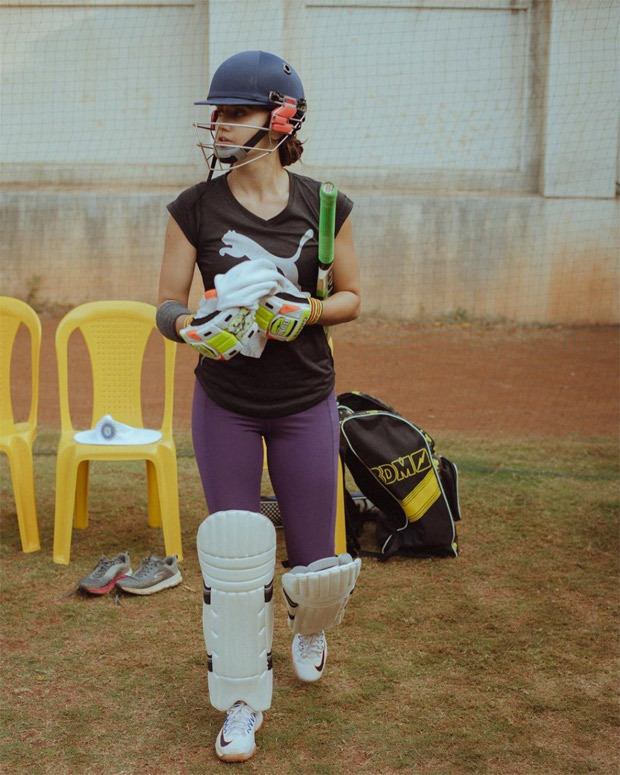 It seems like the shooting has begun today. The actress took to Instagram on Monday, April 4 to share a picture of herself in cricket gear. She captioned it, "Day 1... let's go… #ShabaashMithu #WomenInBlue."

Produced by Viacom18 Studios, directed by Rahul Dholakia, and written by Priya Aven, Shabaash Mithu is the inspiring tale of the captain of the Indian Women’s Cricket Team, Mithali Raj. An inspiration to millions of young girls in the country, her life is now all set to be documented on the silver screen in this biopic.

ALSO READ: SCOOP: After Mithali Raj, Taapsee Pannu to essay the role of Sania Mirza in her biopic?