Late actor Irrfan Khan was supposed to star in Sardar Udham, but had to drop the project due to health issues. In a recent interview with a tabloid, Irrfan’s wife Sutapa Sikdar opened up about Vicky Kaushal essaying the role in the film. 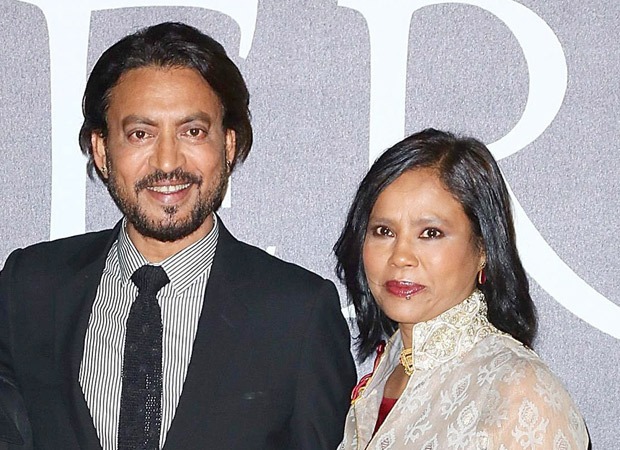 While Irrfan’s demise has left an undeniable void in the world of cinema, his wife Sutapa and son Babil were spotted at a special screening of Sardar Udham in Mumbai. Sutapa shared her thoughts on the film saying that she don’t know how to put this, but objectively, she couldn’t see the film as just a film because for her Sardar Udham was a dream Irrfan wanted to live. So it is very difficult for her to comment on it as a film.

Talking about Vicky’s performance, Sutapa added when she looked at Vicky on screen, many pages of Irrfan’s diaries flooded her memories. She remembered Irrfan’s excitement to do Sardar Udham and his childlike happiness whenever he had a tough role to do. Looking at Vicky, she remembered Irrfan in National School of Drama (NSD). She said that it is unfair to compare both of them at this stage, because Irrfan was much older to Vicky in experience and age when he was to do the film. But, she surely saw glimpses of passion, dedication, hard work and love for cinema in Vicky’s face just like Irrfan and she is sure Irrfan is happy up there to see Vicky play Sardar Udham Singh.

Vicky Kaushal’s Sardar Udham will release on Amazon Prime Video on Saturday, October 16. The film was initially planned with Irrfan in mind, but destiny had other plans and the project went to Vicky Kaushal. In fact, Shoojit Sircar who has directed Sardar Udham, shared a bond with Irrfan that went beyond their actor-director relationship.