Bollywood actress Sushmita Sen made a smashing comeback on screen with the Disney+Hotstar show Aarya which was released in June 2020. The actress began shooting for the second season of the series a week ago. 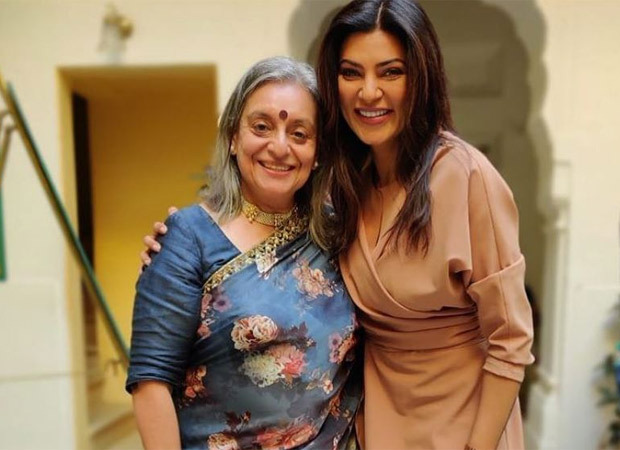 Sushmita Sen and Sohaila Kapur have reunited for the second season of the show. Sohaila played the role of Rajeshwari, Sushmita's character Aarya's mother in the series. She put up an impressive performance as the mother of the protagonist. Her gin loving, strong headed character was one of the highlights of the series.

On Tuesday, Kapur took to her Instagram handle to share a happy reunion picture with Sushmita. "Happy family reunion! As Rajeshwari with Aarya, in Season 2. A resurgent Sush with four awards under her belt for Aarya....Filmfare, Dadasahib Phalke, Critics' Award & the Raj Kapoor Award for Best Actor. Four more after Season 2....?," she captioned the picture.

Directed by Ram Madhvani, Aarya marked Sushmita Sen's digital debut and comeback on screen. The series was an instant hit and fans of the show have since been waiting for season 2.

Aarya is an adaptation of the Dutch thriller Penoza .The first season of the show also starred Sikander Kher, Chandrachur Singh and others.