While couple Charu Asopa and Rajeev Sen are constantly pushing allegations at one another, the photos of their daughter Ziana Sen’s first birthday are making rounds on the internet. Rajeev Sen’s sister and actress Sushmita Sen has also dropped a special birthday wish for her niece on Instagram. 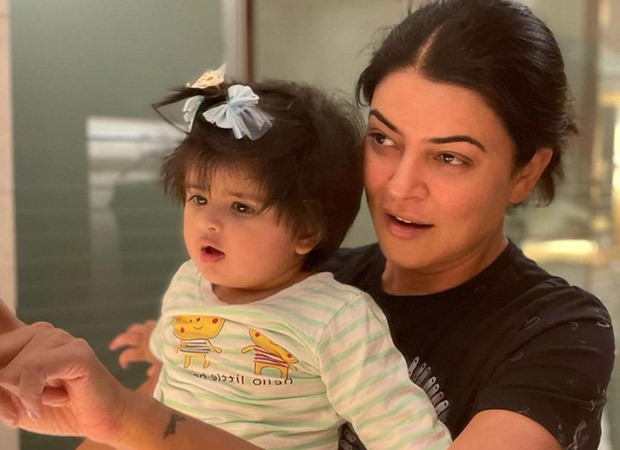 In the photo, Sushmita can be seen holding Ziana while the duo can be seen looking at a mirror. In the caption, Sen poured wishes for her niece as she wrote, “Look at that strong & mysterious Phoenix.” She then exclaimed, “Born a Scorpio for a reason!!!”

Her write-up further read, “May you always Rise & Rule!! Happpyyyyy 1st Birthday Ziana!!! / May God bless you with his best always!!! Thank you for gracing our lives!!! #BuaKiJaan / We love you little Munchkin!!!” Reacting to the post Charu Asopa commented a couple of red-hearts.

On the other hand, Rajeev also shared pictures of the get-together, which saw his parents and nieces, Renee and Alisah, in attendance. However, his estranged wife Charu was not seen in any of the pictures.

For the unversed, Charu and Rajeev’s marriage has again hit a rough patch. This time, Asopa has accused Sen of cheating on her during her pregnancy. While talking to Pinkvilla, the TV actress said, “After a few months of staying in Bikaner, I returned to Mumbai and spent most of my pregnancy period here. He would leave early morning at 11 am for his gym in Bandra from Goregaon east and would return home at night around 11 PM, sometimes 7, 8, or 9 PM.”

Recalling an incident, Charu mentioned, “Once he just went to Delhi without saying and I was moving things here and there, and that's when I found something in his bag, through which I found out that he is cheating on me.”