Actor and former Miss Universe Sushmita Sen is the mother of two gorgeous daughters- Renee and Alisah. The actress had adopted both the girls when they were toddlers. Recently, reports of the actress adopting a son had made the rounds on the internet. The reports surfaced after Sushmita was spotted in the city with a male child. 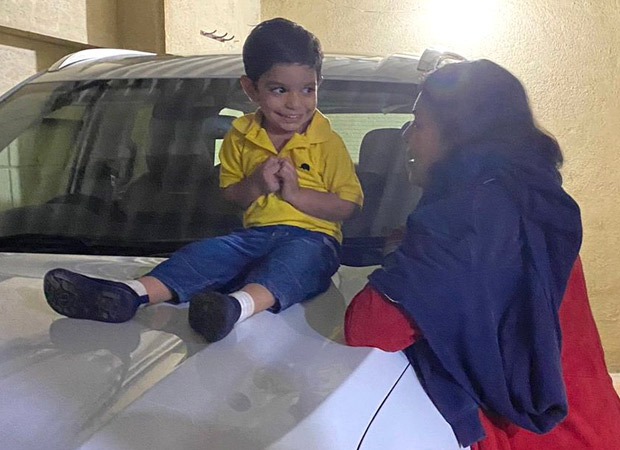 Putting an end to all the speculations, Sushmita took to her social media handle to share an adorable picture with the said child and addressed him as her Godson. In the picture, the little one can be seen sitting on the bonnet of a car with Sushmita talking to him. "Having a chat with my Godson Amadeus about the random news concerning him, going viral in the media…his expression says it all!!! Picture courtesy: Sreejaya (Amadeus’s mom)," Sushmita wrote along with the picture.

Having a chat with my Godson Amadeus about the random news concerning him, going viral in the media…his expression says it all!!!????❤️ Picture courtesy: Sreejaya (Amadeus’s mom) ???????? pic.twitter.com/H4bwnPph7f

Meanwhile, on the work front, Sushmita Sen was last seen in the web series Aarya 2 which was released last month on Disney+Hotstar. Sushmita plays the titular role of Aarya Sareen in the series directed by Ram Madhvani. The first season which was released in 2020 was also nominated for the Emmys last year.

ALSO READ: EXCLUSIVE: Sushmita Sen on Aarya 2 and changing Indian cinema- “The characters I played did not work because it was ahead of its time”