Late actor Sushant Singh Rajput's sister Shweta Singh Kirti took to her Instagram account to share a note written by her brother. In the letter, Sushant had penned his thoughts and expectations for his life. 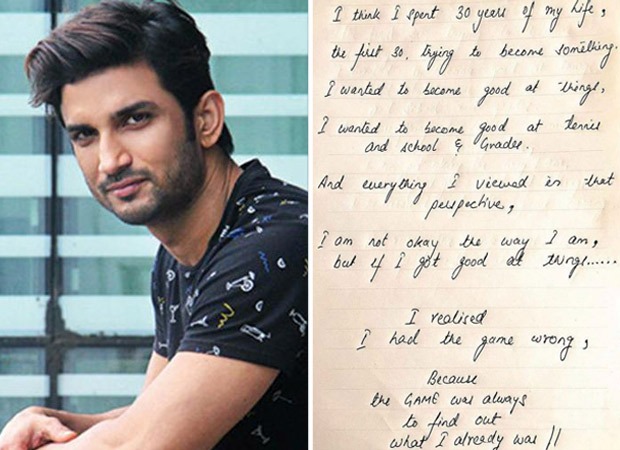 "I realised I had the game wrong. Because the game was always to find out what I already was!" he added. Sharing the note, Shweta wrote, "Written by Bhai...the thought so profound #ForeverSushant."

Sushant was found hanging in his Mumbai apartment on June 14, 2020. At first it was declared a suicide by the Mumbai Police after an autopsy by Cooper Hospital. However, later on CBI took up the case after the late actor's father filed a complaint of abetment to suicide naming Rhea Chakraborty and her family. The investigation is ongoing.