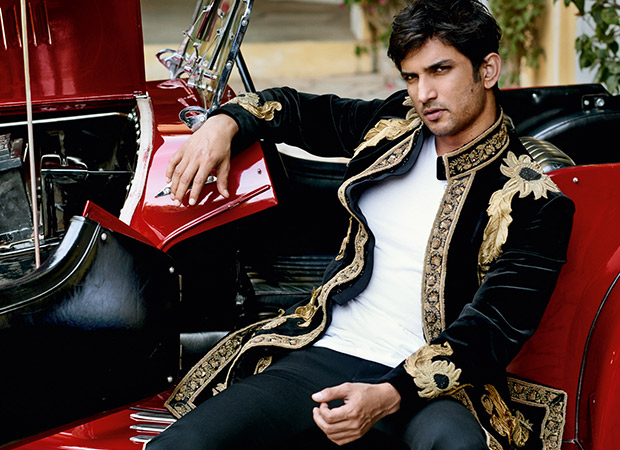 Raabta is up for release and for Sushant Singh Rajput the film is truly important as he moves on from the sports arena [M.S. Dhoni - The Untold Story] to a romantic musical drama.

What is also exciting is the fact that the film's leading man Sushant Singh Rajput's rise to fame has been nothing short of ordinary either. From being an engineering dropout, to stepping in as a background dancer, to being right out there in the spotlight as one of the biggest Gen-X stars, the actor has seen a rise, especially after entering the Rs. 100 Crore Club with his last outing.

This isn't all as his life story also bears an uncanny resemblance to that of some of the biggest Hollywood stars. Here are some such examples:

Channing Tatum - The Hollywood heartthrob attended college on a football scholarship but later dropped out. He then worked as a dancer at a nightclub before being discovered as a model. Tatum made his Hollywood debut in 2005 with Coach Carter.

Christopher Walken - Walken went to Hofstra University, but dropped out after one year, having gotten the role of Clayton Dutch Miller in an Off-Broadway revival of Best Foot Forward. Walken initially trained as a dancer in music theatre at the Washington Dance Studio before moving on to dramatic roles in theatre and then films.

Taylor Lautner - Before his breakout role as Jacob in The Twilight Saga, Lautner performed with the hip-hop dance group ‘LA Hip Kids’. He was also part of ‘Hot Shots', a jazz dance group.

Now that Sushant is gearing up to be seen in Raabta, which releases next Friday, one looks forward to the response that he gains from the audience in his new avatar.

The film which is produced by T-Series and Dinesh Vijan, with latter also making his debut as a director, is finding good attention coming its way, what with a series of teaser clippings elevating the excitement level amongst the audience. The stage is set for Sushant and it is now upon the youngster to hit it out of the park.

Jacqueline Fernandez pairs her casuals with…