It's Sushant Singh Rajput's 34th birthday today. The actor's friends and fans are showering on him the best of wishes and love on social media. But he was in for the sweetest message from Rhea Chakraborty, whom he is rumoured to be dating! 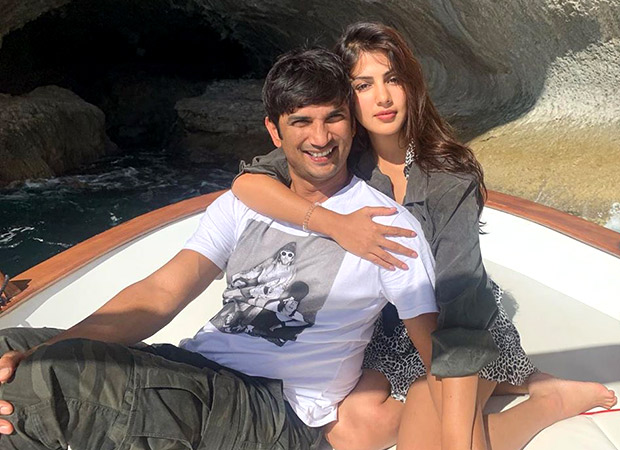 Rhea took to Instagram to share two photos of them wherein they are seen enjoying each other's company blissfully. "Happy birthday to the most beautiful "supermassive black hole" that is known to mankind ! Shine on you crazy diamond," she wrote. A supermassive black hole isn't a usual compliment that you give your beau. But creative enough! "Thank youuuuuuu my Rockstarrrr," Sushant soon replied. Check out the post below.

Happy birthday to the most beautiful ” supermassive black hole “ that is known to mankind ! Shine on you crazy diamond @sushantsinghrajput ????????❤️????⭐️???????????? #boywithagoldenheart #rheality

Don't you also think that this makes their relationship kind of official?

Last year, in an interview, Sushant was quizzed whether he was indeed dating Rhea. He chose to dodge the question, saying he could not allow himself to answer this question.

Workwise, the actor will be next seen in Mukesh Chhabra's Dil Bechara alongside debutant Sanjana Sanghi. The film was earlier titled as Kizie aur Manny, and is the remake of Hollywood flick The Fault In Our Stars.