It was only a week ago when Demi Lovato made an emotional return to the 2020 Grammys with a tearful rendition of her new single 'Anyone'. The singer, a week later, headed to Super Bowl LIV 2020 pregame in Miami to perform the National Anthem. 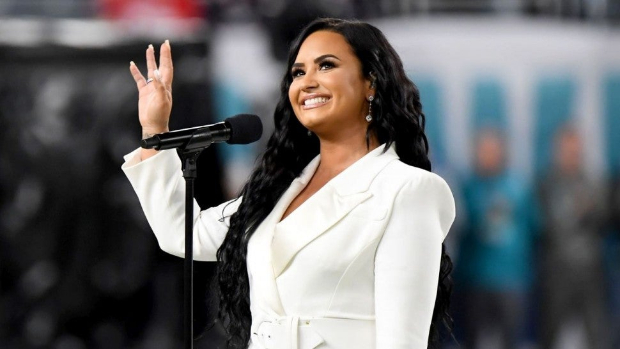 Demi Lovato crushed her performance. Dressed in a white pantsuit, the netizens praised her vocals and her beautiful performance.

Years ago, Lovato predicted that she would sing at the Super Bowl on Twitter. "One day, I'm gonna sing the national anthem at a super bowl," she tweeted on February 7, 2010. The singer shared the tweet to her Instagram and wrote, "Dreams really do come true y'all."

Earlier this week, Demi surprised her fans at a pre-Super Bowl concert by joining Dan + Shay on stage to perform 'Speechless'.

Lady Gaga says there better not be lip…

Check out: Parineeti Chopra meets her…