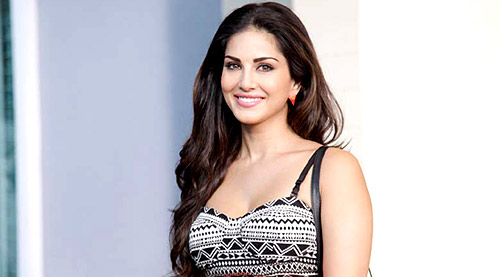 Sunny Leone, bold, direct and uncut. Doesn't regret one bit of whatever she may have done in life. Couldn't care two hoots for those who criticize her. Is she calling the bluff on large sections of male Indian society?


On my weekly interview show, The Hot Seat, I decided this week to go ahead with Sunny Leone. Scorned and adored by people in equal numbers. I have been pilloried by many, suggesting that I was obnoxious in my questioning. Some thought I was obsessed with her past. Well, Yes, I agree. The only reason why Sunny Leone, or Karanjit as she used to be called earlier, would have qualified to be on my show, is because it's her past now evolving into her present which is the story waiting to be told.


Like all my interviews, this time too, I tried to read up as much as I could about her. I found all kinds of things. Some held her high as an example of courage! Like how difficult her life journey must have been. I agree with that, it must have been one helluva journey. But that's precisely the point. We aren't really going to the cinemas to watch her because she is a star. And I might just add here that I haven't seen any of her Bollywood films. Because I have kids at my place, so I can't watch any of her films in her earlier avatar even if I wanted to. Sunny Leone is a newsmaker in her own right because of what was going on in her past, the circumstances she operates in today and the manner in which she deals with criticism which is bound to come her way.


Frankly, let me be honest with you folks. She did tell me half way through the interview, that she felt it was like an interrogation. She did concede that if she knew the format, she would have been better prepared. But ever since the first airing of the interview, I am only seeing positive feedback for her. So Sunny, you did well! It doesn't matter that I was convinced at the end of the interview that you were an extremely brave woman to have dealt with your past in the manner in which you did. It's the viewer that counts. Whether it's you or me.


I came across an article, like many others, assumes that I have been judgmental. I fail to understand how. I simply did the job of asking questions, yes which were perhaps moral in nature. But isn't that also the story? I did mention this multiple times in course of the interview that Indians were a bunch of hyper hypocritical people. I am not writing this blog to respond to the critics. But I thought it's important to place the facts correctly. In the right context.


When I asked her to respond to some comments made by politicians about her, I thought she was splendid by jokingly claiming that perhaps President Obama himself may someday include her in his speech. When asked if we were to turn the clock back in time, would she have done anything differently, her response was again spot on.


My point is, the moralists in this country can have any take on anyone. I most certainly wasn't aiming to be a moralist on The Hot Seat.


The above blog originally featured on http://www.bhupendrachaubey.com